Habano 2019 Festival: a toast for Cuba 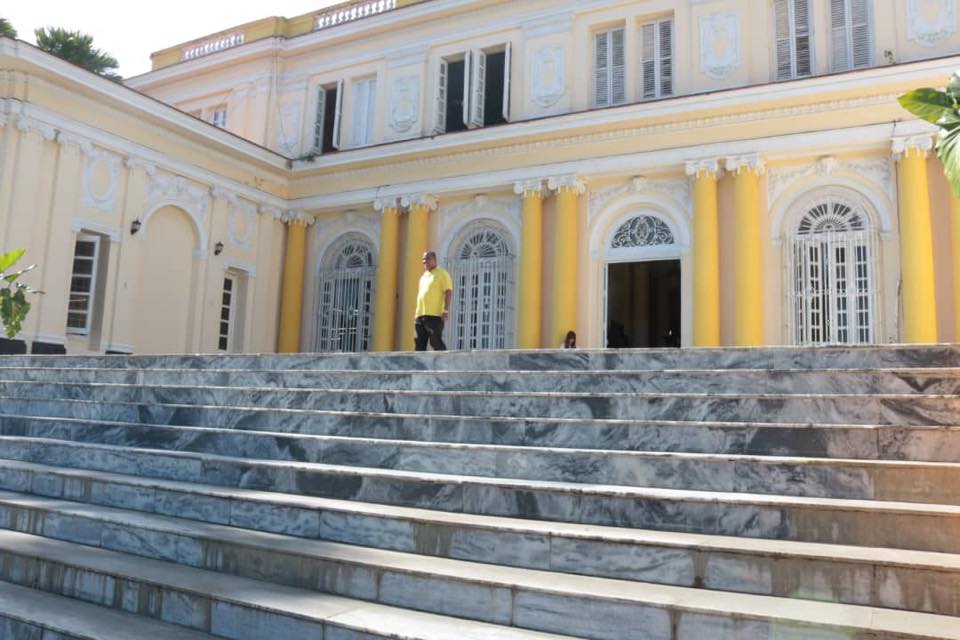 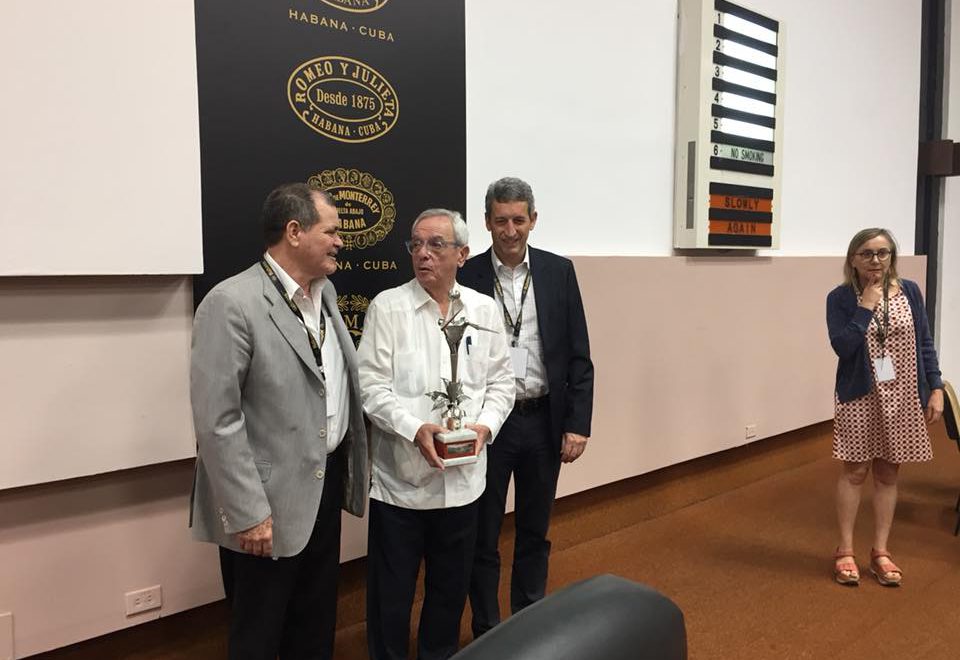 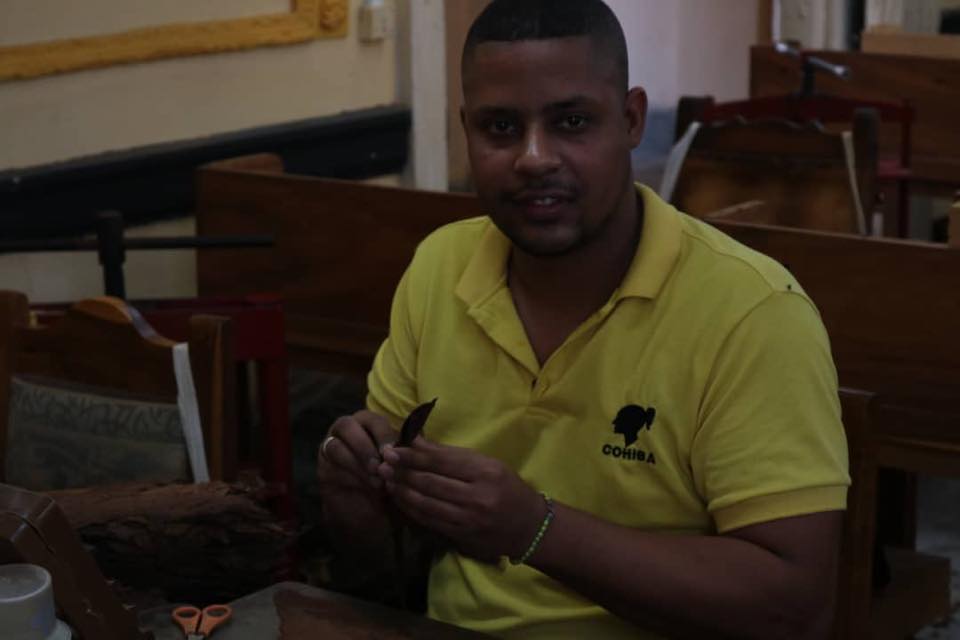 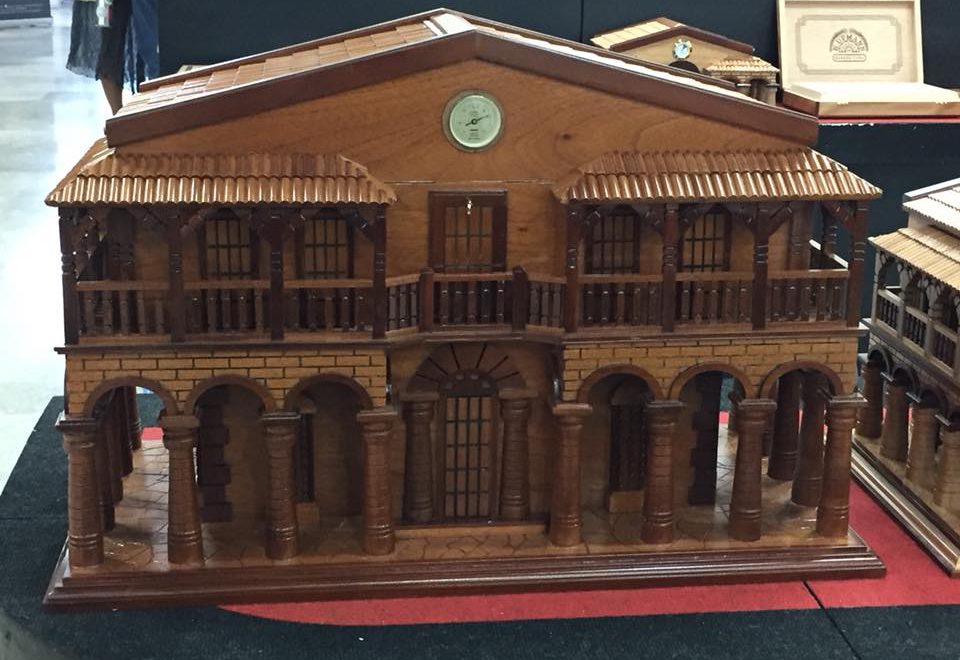 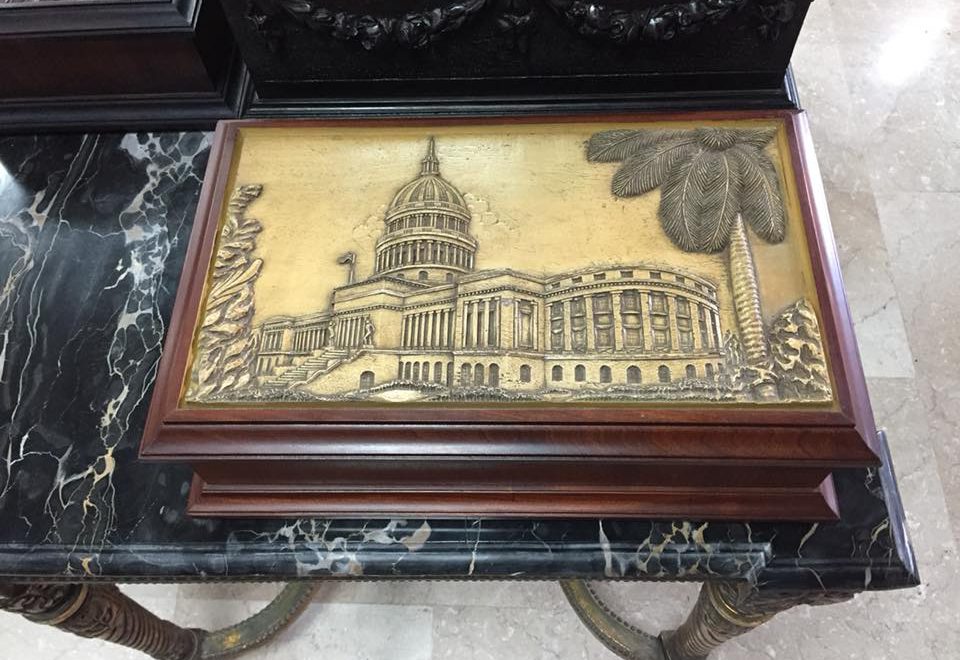 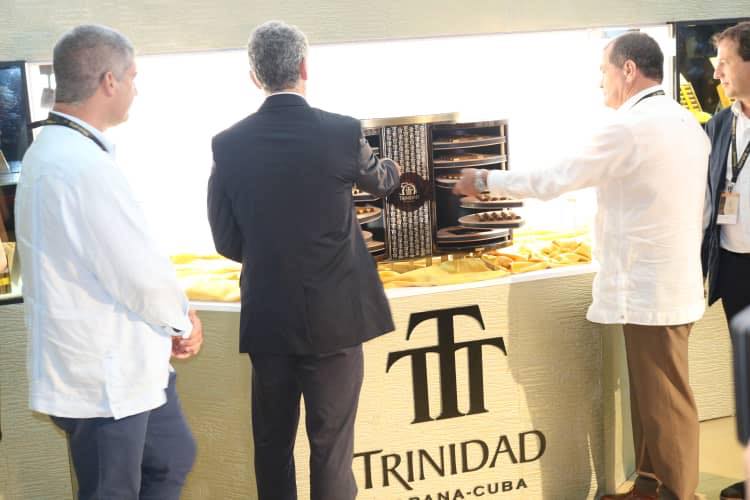 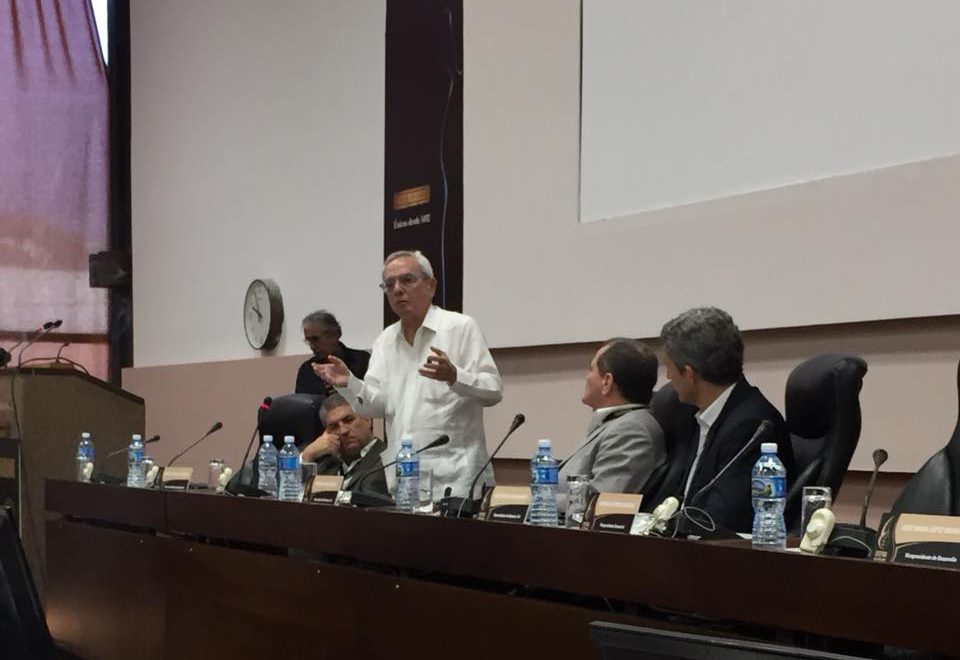 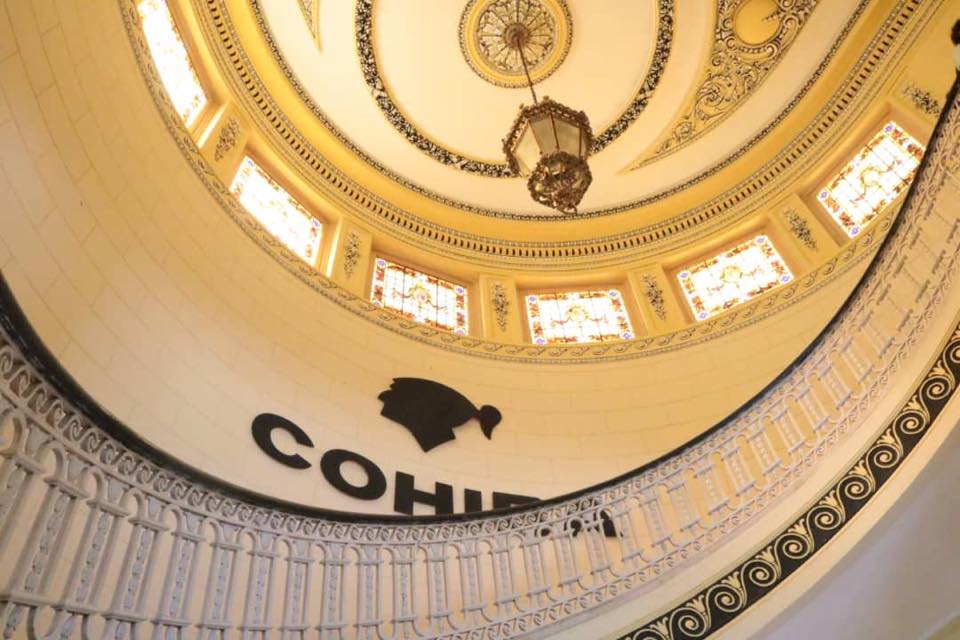 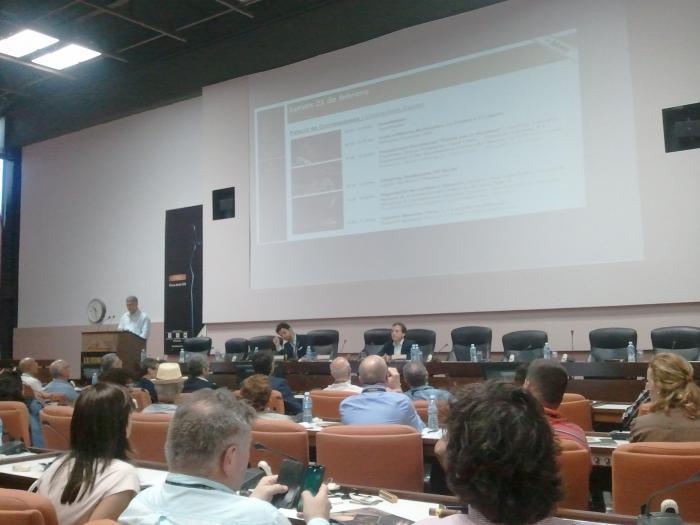 The XXI Habano Festival celebrated from February 18 to 22 in the Cuban capital endorsed the leadership of our cigars in the world market as a product of exceptional quality. 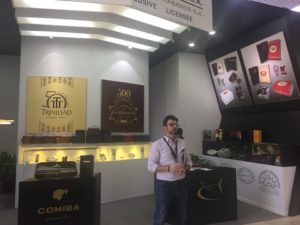 This edition celebrated the 50th anniversary of the Trinidad brand and the 20th of the San Cristóbal de la Habana one, rendering as well a special tribute to the 500 years of the capital´s foundation.  Attendance to the fair included 12 countries, among them Spain, Germany, Italy, China, Panama and Mexico with 227 exhibiting companies.

This feast became a memorable one due to the many encounters that took place. The second journey included visits to the famous Vuelta Abajo, Pinar del Río tobacco plantations to learn about its productive process with demonstrations of the interaction between planters and harvesters of such important product.  Those who had the opportunity to make the trip discovered many of the infinite secrets of one of the Island´s oldest jewels. 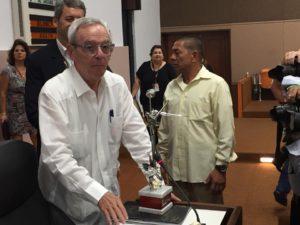 Dr. Eusebio Leal Splenger, Havana City Historian provided another outstanding moment with a master conference addressing the link between the Habano with the San Cristóbal de la Habana villa in its 500 years. He underscored that Cuban history and culture are intimately interwoven with tobacco as part of our country´s identity. “Cuban tobacco is a child of liberty“ he expressed while going over how the exquisite quality of our cigars was achieved through the loving hands of generations of Cubans, including his own family. At the end, he was surprised with the Honorary Habano´s Award, most important of the brand worldwide.

The presentation of the book Lo llamaremos Cohíba 2 of Dr. Adargelio Garrido de la Grana as part of the third day of the event was accompanied by a special tasting session of a Cohiba cigar with a Juvé y Camps cava. The author expanded on the factors making the Cohiba an outstanding brand from its origins and mentioned that 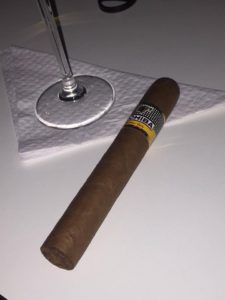 this was the cigar Fidel Castro smoked, reminiscing at the same time on the hundreds of assassination intents to the Comandante through “prepared” cigars gifted to him, thus the decision to manufacture a cigar for him.  Unforgettable and wise Celia Sánchez, Fidel Castro´s secretary at the time had the idea of distinguishing the cigar he smoked: “Los llamaremos Cohíba” (we shall call it Cohiba), a Taino origin native word and term never before used in cigar manufacturing. From then on, many aficionados in the world started showing on growing preference for Cohiba cigars.

We as participants were able to demonstrate our skills during the Totally Hand Twisted Technique Master Class delivered by extraordinary tobacco twister Miguel Bargaza. Following each step and intending perfection, most all in its final texture, appearance and consistency was a challenge for all. Many had already lived the experience and for others, achieving the goal meant wearing the apron for the first time, feeling the cotter smoothness, and organizing the rolling board as well as choosing different leaf qualities. We saw ourselves as the best world tobacco twisters and smoking a cigar rolled by our own hands was one of the highest satisfactions we could enjoy.

Visits to cigar factories during the festival tours included a paradigmatic one: El Laguito Factory, home of the 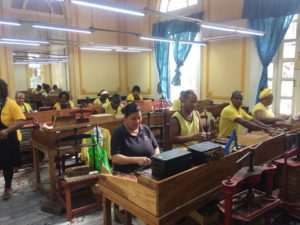 Cohiba prestigious brand. It is located in a natural enclave, surrounded by a handsome landscape and tailored gardens, occupying a stately mansion in the Siboney neighborhood. Upon trespassing the threshold one can enjoy the smell of a good cigar and the smile of tobacco twisters while turning the leafs into a perfect twist. During the exchange the “lector de tabaquería” (cigar factory reader) presented the main course; with a long experience in harvesting and then in cigar manufacturing, he now has the noble task of spreading news, novels, events and other stories, making every tobacco twister a more cultivated human being.

Marriages were part of the feast; Professor Fernando Fernández, a scholar in the matter proposed the mix of strong H Upmann Connosieur B, 154 mm, clamp 54 with the recently released Havana Club Tributo 2019, which aromas reveal the delicate feminine touch bestowed by Salomé Alemán, only Cuban master rum maker; the cigar and liquor selection was greatly praised. The H. Upmann turned into an enve 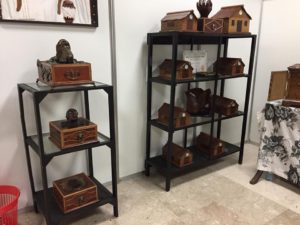 loping smoke, compact ashes, balanced with a touch of humus and spices which interaction with Tributo 2019 was breathtaking.

Everything that begins must come to an end. The closing session of the XXI Habano Festival provided a space for enjoyment for all with the long awaited for auction, raising 1,500,000 euros donated as always to the Cuban National Public Health System. The seven handsome auctioned humidors are valued as authentic art pieces made by experienced artisans using precious woods as Cuban and Spanish cedar, mahogany, okume and ebony as well as valuable materials like stainless steel, aluminum, titanium, Italian leather, solid polished tin, mother-of-pearl and silver.

Habano of the Year Awards acknowledged the excellence of Cubans Julio Emilio Luis Rodríguez in Production, Gabriel Estrada in Business and Zoe Nocedo in Announcement.

But the ceremony also offered the best F&B, exquisite wine, our unsurpassable espirituosos and essential Trinidad Habano. As flourish closing, the presence of such famous music interpreters as Armando Manzanero, Haila María Mompié, Giraldo Piloto, Charles Fox, Gilberto Santa Rosa among others, who were at their best seeding in all the desire to repeat and make a toast today and always for Cuba.