A sculptural set for the Reencounter of Two Cultures 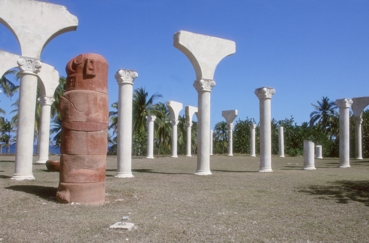 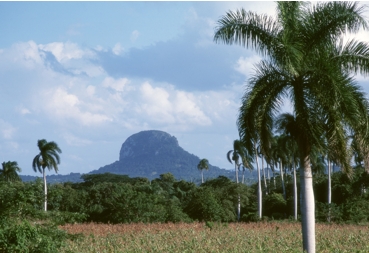 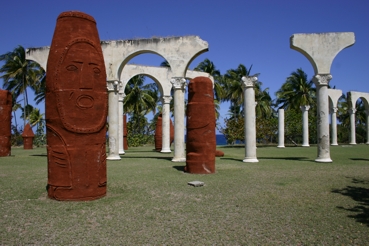 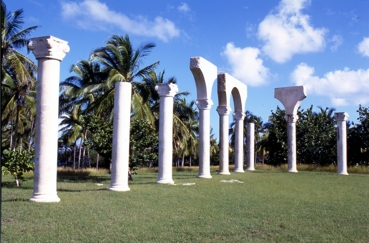 Located at the furthermost end of the Bariay National Park and close to Atlantic waters, in the northern coast of Holguin Province, just where it is presumed Christopher Columbus, the Great Admiral first disembarked in the Island, the Memorial Monument regarding the Half a Millennium of the Encounter of Two Cultures evokes that primordial passage for the history of that part of the planet and the world in general.

Work of Holguin’s sculptor Caridad Ramos and her team, the monumental set was inaugurated on October 28, 1992 commemorating the 500th anniversary of Colon’s disembarking on these coasts, supposedly in the morning hours when he pronounced his famous phrase “this is the most beautiful land human eyes ever saw”.

The sculptural set, extending along an exuberant nature esplanade, very Cuban like, inspired in that reciprocal discovery between European culture , is symbolized by the ruins rememorizing the development of neoclassic culture and the aborigine one, represented by replicas of objects forged by themselves, found in nearby excavations identifying its culture and development.

The monument in Bariay Park, declared National Monument, rescues the history, employing all efforts to restore its original aspect.

Archaeological research fixed the location of the original aboriginal settlement inhabiting the place on Columbus’ arrival. Excavations by Dr. José Manuel Guarch del Monte (1931-2001) and his team discovered the remains of the fishermen settlement of which a replica has been made very close to the museum built just where archaeological evidence was found, offering testimony of the customs and way of life of those communities.

A tourism cultural attraction, the tours are the main economic activity of Bariay National Park.  Tours, only by horse carts or on horseback, take the visitor to the approximate location of the disembarking site, signaled by a yellow buoy, crowned with a flag and Columbus’ coat of arms, all in a memorial plate.