A fantastic trip to the Rum Museum 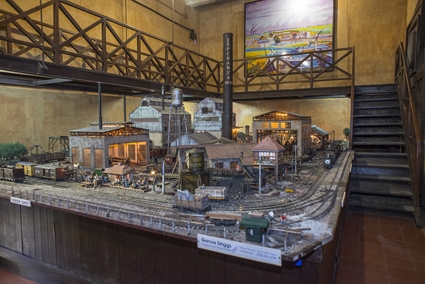 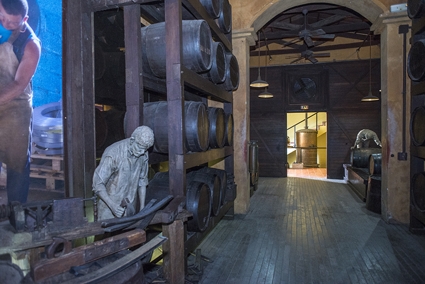 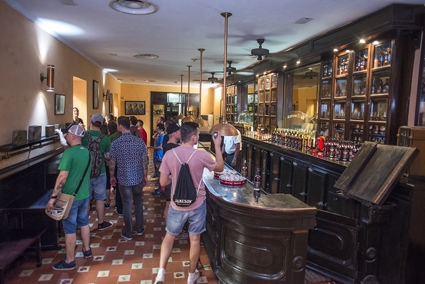 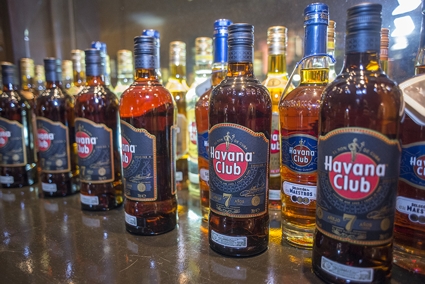 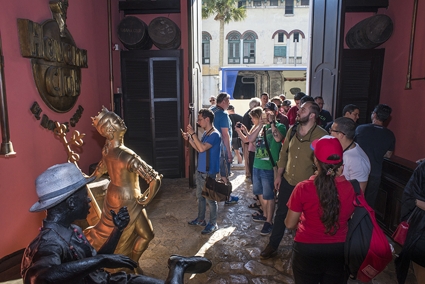 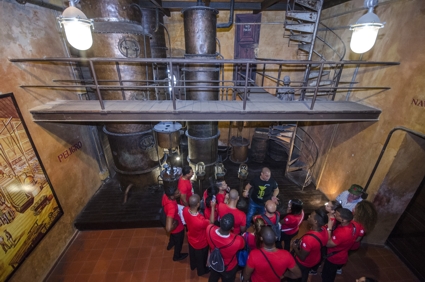 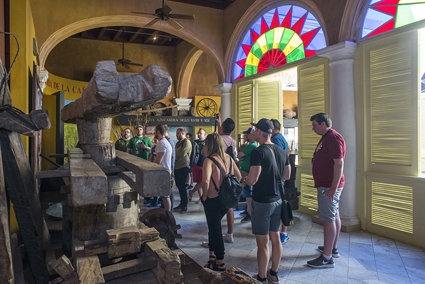 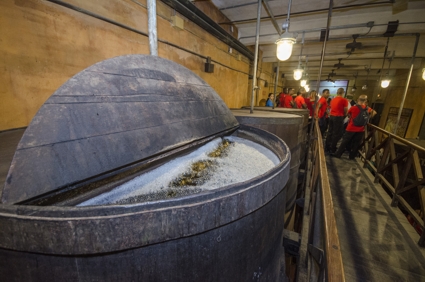 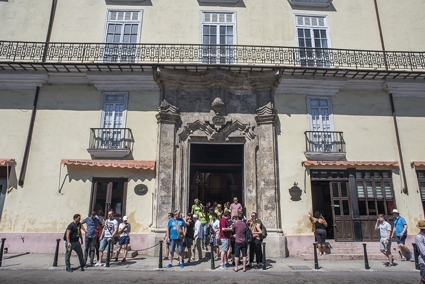 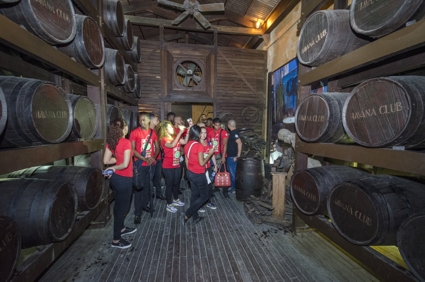 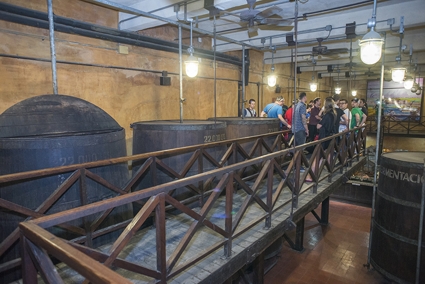 Founded March 31, 2000, the Museo del Ron Havana Club museum recreates the history and manufacturing process of Cuban rum – national beverage – one of the best worldwide….from the sugar cane field to your lips.

Located in Avenida del Puerto avenue in a XVIII century stately colonial mansion, formerly belonging to the Conde de la Mortera count, it is one of the most visited sites in the capital. A typical exponent of the architecture of the times, the construction is built around an elegant patio surrounded by huge columns and wide arches, thick walls and high stanchion.

Following an old tradition the bell chimes marks the beginning of the tour.  A specialized guide –in Spanish, English, French, Italian or German – leads the tour through a magic trip in time to the fantastic world of rum following a faithful reconstruction starting with sugar cane planting, harvesting and extraction of the juice – known as “guarapo” – until manufacture of the traditional liquor, staged in a “ronera” or old machinery rum factory to scale wherein the fermenting, distillation, filtering, aging in white oak barrels in classic cellars and final mix takes place seasoned with the knowledge, experience and care of master run manufacturers and barrel makers.

Undoubtedly the main piece of this theme museum is a model reproducing in miniature to slightest detail, a 1930 sugar mill including sugar cane transportation through oxen carts or railway, the adjoining mill workers´ living quarters, a minute replica of a 1902 locomotive that moves around the premises, the works of Cuban artisan Lázaro García Driggs.

The interesting one hour itinerary reveals the birth of rum through sugar plantations´ history, the slaves employed as labor, the sugar mills, the cane crushers used in the colonial period, the steam locomotives, the thatched huts used as living quarters…..

At the end of the tour an exclusive bar with an old style counter, replica of the thirties is opened to the visitor to enjoy an exquisite Havana Club rum stimulating the palate of expert and non-experts rum drinkers as well.

As part of Old Havana´s cultural environment, the Rum Museum opens its doors every day proud to show tourists and locals the methods employed to manufacture the sublime liquor, its history and its link to national culture.