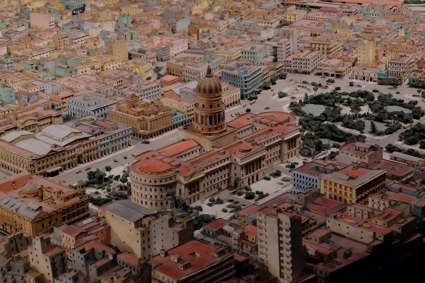 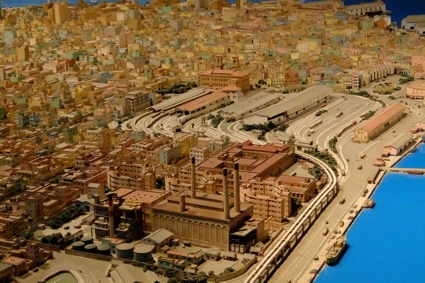 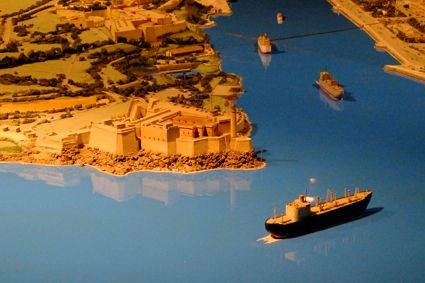 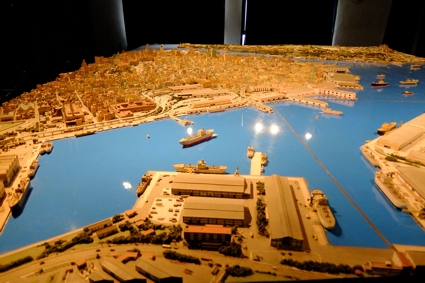 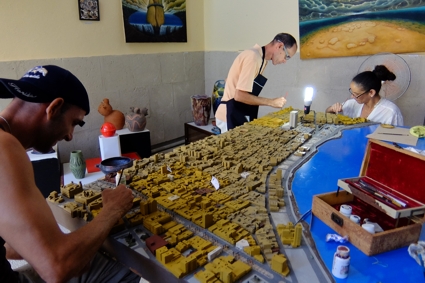 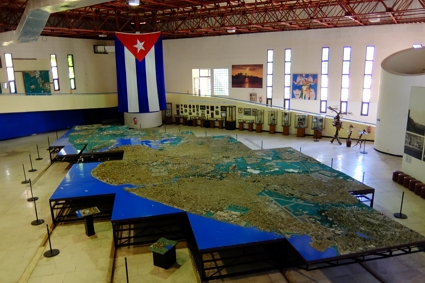 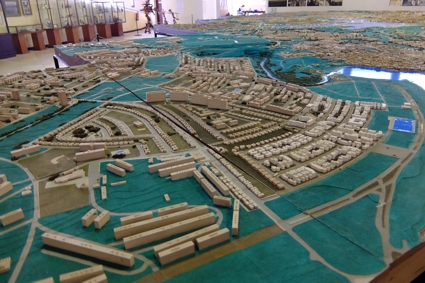 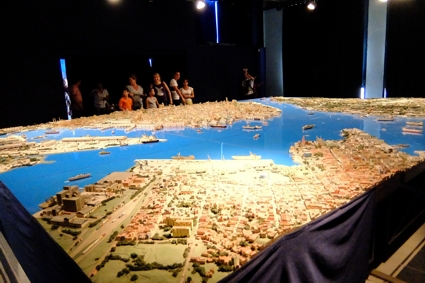 The Cuban capital prizes itself for the privilege of possessing two models representing in miniature, all the city and in particular Old Havana.  The Havana and the Historical Center models facilitate urban studies for new insertions as well as didactic and recreational aims, developing into a tourism attraction that offers an un-surpassing perspective before walking the city.  They are considered as detailed ones because one can observe at simple sight the avenues, streets, buildings, fortresses, parks, plazas, bridges, tunnels, monuments, museums, convents, churches, trees, sculptures, beaches and the seacoast, all elements that are systematically updated. All this illuminated in a way resembling real day with lights and shadows.

Havana’s model (Maqueta de la Habana) is one of the biggest worldwide, reproducing all the city at a scale of 1:1000. It has almost forty two meters’ panels, equaling four square kilometers each, made of hard wood and mounted on a metallic structure with wheels.  It occupies an area of 144 square meters and weighs six tons.

Open to the public in June 1995 its beginning dates back to 1987 when it was originally conceived to guide Havana’s urban development in a harmonious manner, contributing to urbanistic conscience. Architects, sculptors, model makers and others participated in its makings….with names such as Gina Rey, Josefina Rebellon, Telmo Garcia and Orlando Martorell.

On the other hand the Historical Center Model (Maqueta del Centro Historico) shows in all its magnitude colonial Havana; it includes part of the municipalities of Regla and Casablanca to complete the view of the bay.  Its scale is 1:500 covering a surface of 48 square meters – being 8 meters long and six wide.

Inaugurated on November 16, 1999 in presence of Spain’s Queen Sophie, this work of art owes to Orlando Martorell, model maker and topographer.  Its manufacture employed precious wood, acrylic, cardboard and polyfoam.