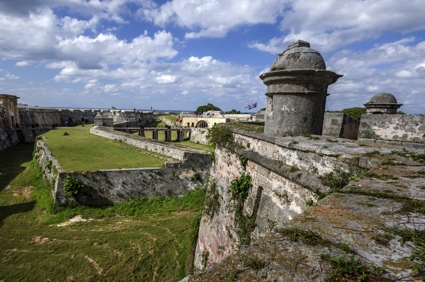 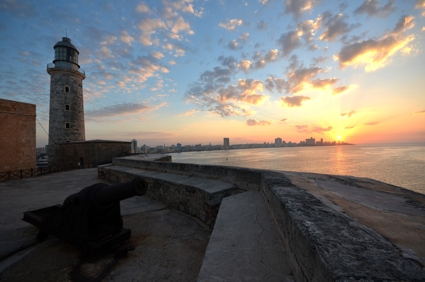 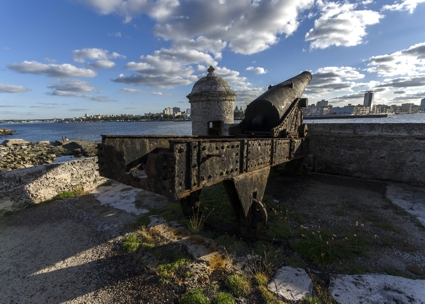 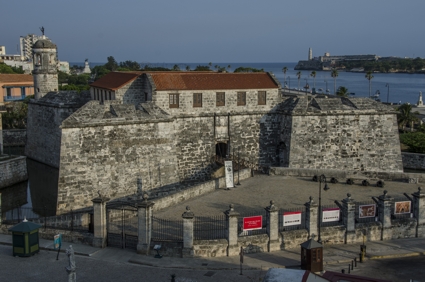 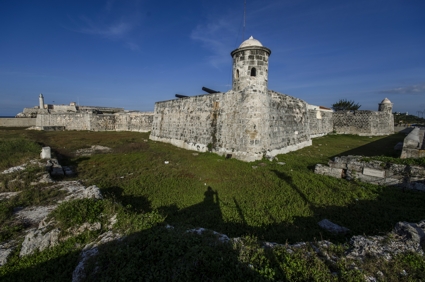 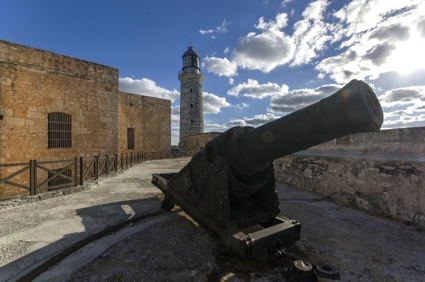 The former San Cristóbal de la Habana villa came to be, due to its strategic geographical location, an inescapable stop of vessels in transit to Spain, a traffic that exacerbated pirates´greed. For this reason the Spanish Crown decided to fortify the city thus creating the most powerful and complex defensive system in the Americas of the XVI to XIX centuries.

The Fuerza Vieja Fortress goes back to 1540, built under the supervision of Francisco Aceituno who inaugurated the First Defensive System, followed by the Castillo de la Real Fuerza castle (1558-1577), the oldest of its type in America – created by military engineers Bartolomé Sánchez and Francisco de Calona who applied new architectural concepts imposed by the Renaissance period.

To protect by crossfire the entrance to the bay, the military engineer Juan Bautista Antonelli was commissioned by the Spanish Crown with the construction of the San Salvador de la Punta and Los Tres Reyes del Morro castles (being this second one his masterpiece), both initiated towards 1589 and finished in 1600 and 1630 respectively.

The towers of Santa Dorotoea de Luna de la Chorrera and Cojímar closed the siege by the coast line, whose construction was entrusted to Antonelli (junior), both of similar architecture.  Engineer Marcos Lucui was commissioned towards 1665 with the construction of the Torreón de San Lázaro tower (the smallest) and later the Bacuranao Tower (1692).

In 1763, once the evident weakness of the city allowed the English occupation, a Second Defensive System was undertaken with the construction of the Santo Domingo de Atarés (1763-1767) and San Carlos del Príncipe (1767-1779) castles, built by engineers Agustín Cramer and Silvestre Abarca.

Between 1763 and 1774 the project of the the San Carlos de la Cabaña Fortress, most complex military facility of its type in the continent, was entrusted to the French M. de Valliere and its construction to Silvestre Abarca and master builder Pedro de Medina, who applied principles of military architecture of the times, mostly French ones.

At the same time the project of the Murallas de la Habana ramparts encircling the city through a fortified ring: 1,700 meters of walls with 10 bulwarks, was entrusted in 1603 to military engineer Cristóbal de Roda and executed between 1674 and 1798.

This fortifications’ system, together with Old Havana, are part of the World Heritage UNESCO list and are also one of the main tourism attractions of the Island.