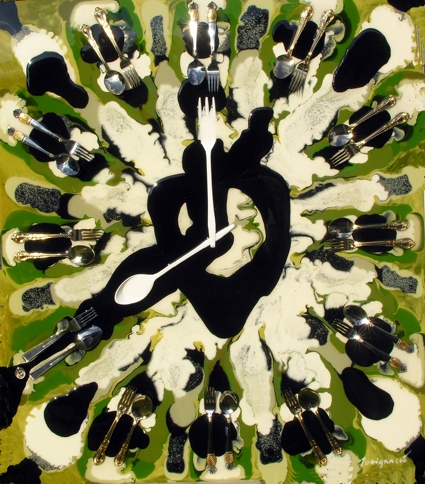 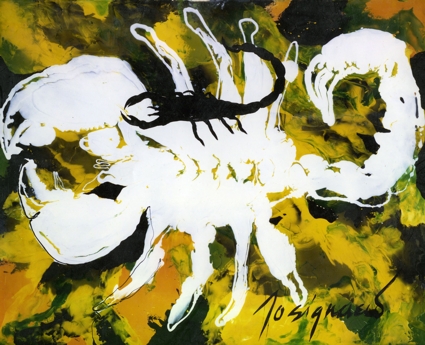 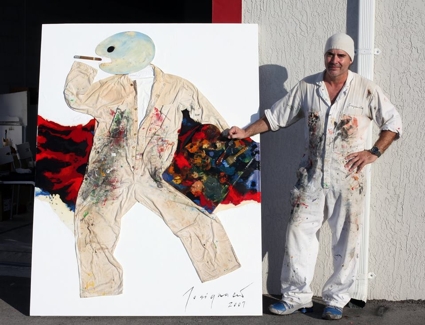 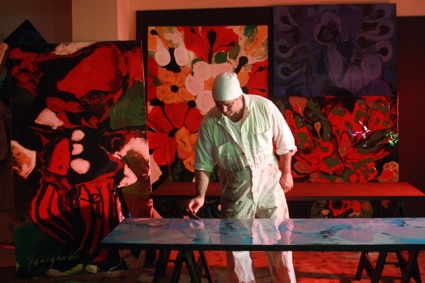 José Ignacio Sánchez Rius, Josignacio (La Habana, 1963), is a contemporary Cuban painter creator of the Plastic Paint Medium technique which, according to him, mainly moves between the “abstract, semi-abstract and neo-figurative”.

Self-taught, he started his creative work in 1984.  His very well accepted first exhibit (1987) according to words of Dr. José Antonio Portuondo: “Josignacio bursts with young like momentum in the environment of our contemporary plastic (…) plays around with colors and experiments with pigments and resins in search of forms expressing, more than his vision, his endearing sense of reality”.   In the same year of his fruitful start Ele Nussa states: with three personal exhibits in one year, Josignacio (…) has deservedly earned the title of rookie of the year”.

Color is the fundamental element of his work, defined by Lisandro Otero as “chromatic whirlwind”.  The author remarks: “I play with all the colors (…) though red, green and black are protagonists in my spectrum (…). My inner human connection with the colors and the free impulse of the subconscious mind acting to use them in my canvas have been (…) the key to all my creations”.

Plastic Paint Medium, the technique created by Josiganacio in 1984, can be defined as a revolution in the techno- pictorial field. It has to do with the use of epoxy resins as binder and pigments as colorants, offering a really plastic finish with a totally new visual effect – gloss, consistency, texture, transparency and a tridimensional sense – almost impossible to accomplish up to now by conventional means as oil painting, acrylic or watercolors.

Martí visto por Josignacio and El Renacer del Ave Fénix exhibits, tributes to our Apostle and to the Chinese presence in Cuba respectively, as well as the donation of the painting Mojito a La Bodeguita del Medio in its 75th  anniversary, outstand as part of his most recent creation.

Josignacio´s work started winning awards since 1979; at present it is backed by some 40 exhibits and more than a hundred between Internet references, essays and articles.

In the words of notable creators as Nobel Prize Gabriel García Márquez: “I consider him one of the bulwarks of contemporary plastic arts of this wonderful Island”; or René Portocarrero: “Josignacio was born a painter, according to the way he plays with colors one can see that talent not taught at school”.