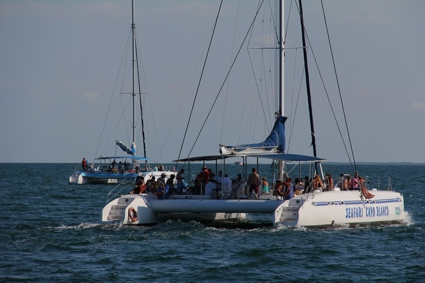 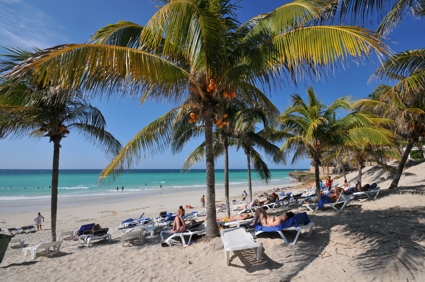 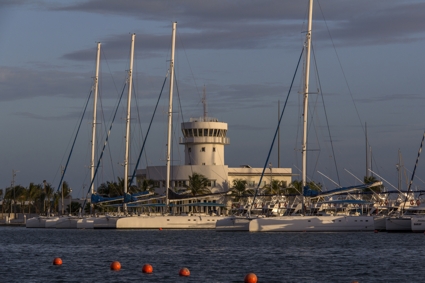 Varadero, extending along the Hicacos Peninsula to the north of the Matanzas Province is the Island’s main tourism destination.  Officially founded on December 5, 1887, it just arrived to its 130th anniversary and today accounts for one third of all tourism arrivals to Cuba.

Its universal fame and nomination among best sun and sea destinations worldwide is due to its more than 20 kilometers of transparent waters and fine sand, a soft underwater slope and a unique combination of blue tints.

Matching its natural attractions with modern comfort, the so called Playa Azul has a lodging capacity of some 21 thousand rooms in 60 hotels, most of them of high standard and mainly managed by prestigious international management companies.  Though there is a prevalence of the All Inclusive modality, some small hotels in the traditional center of Varadero offer the bread and breakfast formula.

The special features of its waters and underwater bottom are ideal for nautical sports, supported by two international marinas plus 50 water sports´ spots, six diving centers with some 30 immersion sites, a Kite Surf school and different sports ´fishing areas, as well as a dolphin aquarium and the only submarine park in the country located in Cayo Piedras del Norte.

The Varadero Golf Club is the only 18 holes par 72 golf club in the Island, including the famous Xanadú Club House.

Among other recreational spaces in this typical beach environment one can visit Plaza Las Morlas including restaurants, bars, cafeterias and shops; Josone Park offering recreation and entertainment; Varadero’s Dolphin Aquarium with a superb show and swimming sessions  with dolphins and the Plaza America Convention Center.

The Varadero Beach Tur bus tours the city making about 60 stops.  Besides, there are more than 60 excursions to neighboring tourism sites including the Peninsula de Zapata, Río Canimar and Cayo Blanco parks.

Varadero has its own international airport, “Juan Gualberto Gomez”, 22 kilometers from the destination.