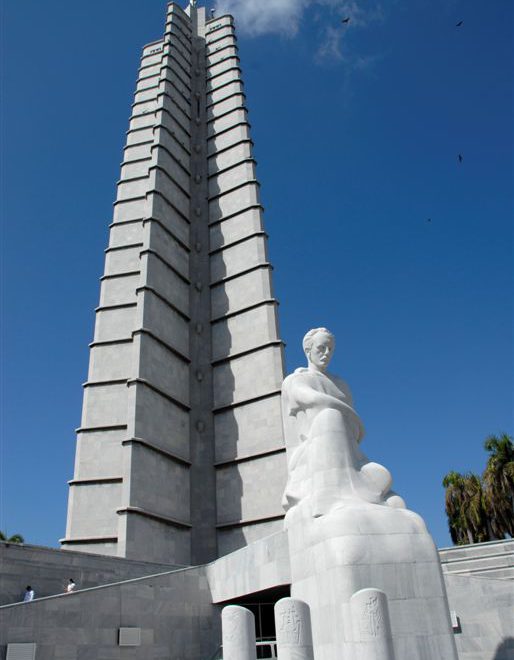 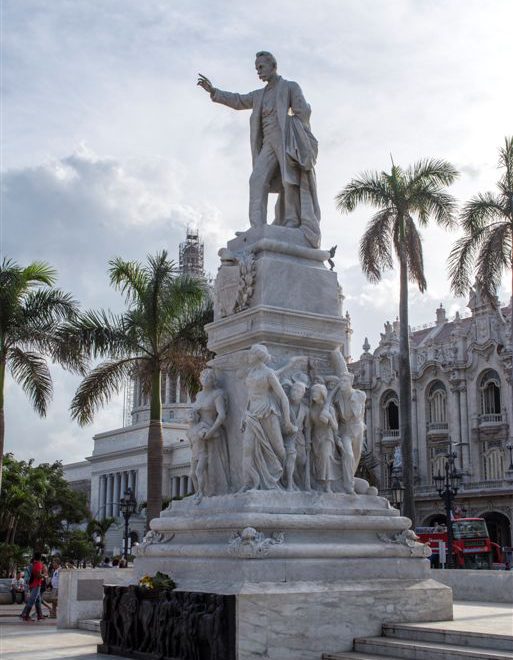 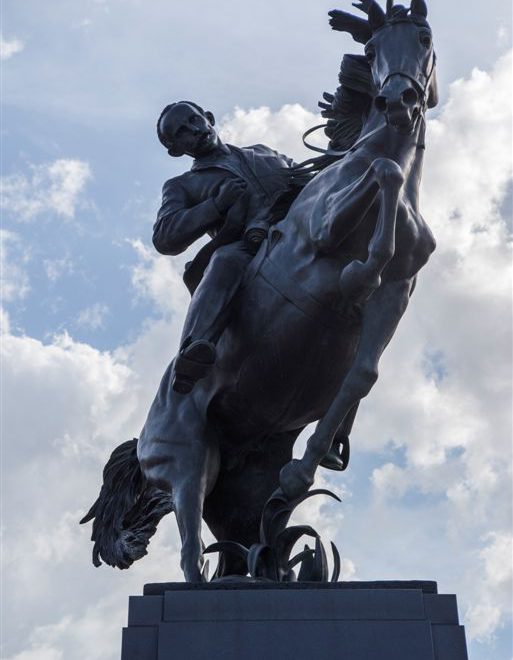 The memory of Cuban Apostle, José Martí is honored by three momentous sculptural sets allowing us to follow his imprint – a necessary element of national identity – the one at Parque Central, the monument at the Plaza de la Revolución and most recently, at the Parque 13 de Marzo.

Unveiled at Parque Central on February 24th 1905, the first statue paying homage to Marti in a public place, owes much to popular collection and the sculptor´s, Cuban José Vilalta de Saavedra.

Carved in Carrara marble, the iconic statue with a height of 10 meters and weighing 36 tons, stands tall in one of the most populated and symbolic plazas of the Cuban capital.

As a witness to present times, the Monument to José Martí at the Plaza de la Revolución – largest one in the Island honoring his memory – is a concrete obelisk covered with marble from Isla de la Juventud, resembling a pyramidal starred tower 113 meters high.

At its feet lies the emblematic 18 meters tall and 700 tons statue of Martí, seated and thoughtful, sculpted in white marble in situ (1958) by Juan José Sicre – Aquiles Maza was the architect.

On top of the majestic set stands the highest lookout and gazer of the city, 139 meters above sea level, visited every day by hundreds of tourists; it is accessed through an inner elevator or a 567 steps stairway.  When visibility allows, one can admire as far as 60 km of the Havana landscape from its balconies.

On the 165th anniversary of his birth this January 28, an equestrian statue set on a black marble pedestal was unveiled at the Parque 13 de Marzo in Old Havana, facing the bay. This statue is an exact and unique replica of the original – sculpted in bronze weighting 8,5 tons – standing at New York Central Park, a piece of American Anna Hyatt Huntington (1876-1973).

After 22 years and thanks to the joint efforts of Dr. Eusebio Leal, the Bronx Arts Museum and some hundred donors, this noble initiative  to place in Havana the replica of the sculpture – poetically immortalizing the moment of the fall from his horse of the most universal of Cubans – was finally accomplished.