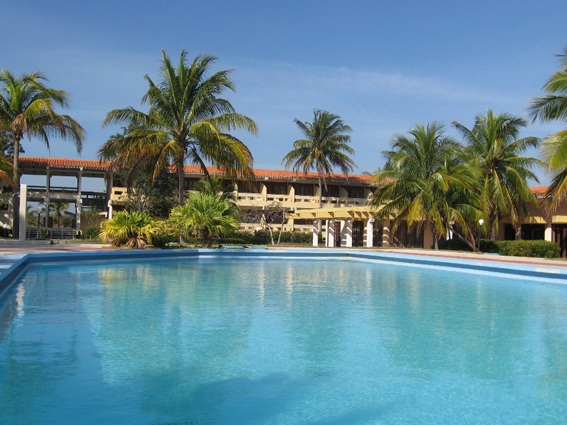 Cuba’s natural beauty is consistent with a paradise in the Caribbean geography. It is not limited only to aesthetical values since it possesses innumerable natural features of great efficacy in the preservation of health and wellness. This is the case of Aguas Termales de Elguea (Elguea’s Thermal Waters) located in the Villa Clara province.  These waters, among the best in the world are hyper- thermal and hyper-mineralized. They contain chloride, bicarbonate, sulfate, calcium, radium, bromide and magnesium. Its therapeutic benefits include relaxation, anti-stress revitalization, and obesity management, ailments associated to the psycho-motor apparatus, respiratory, circulatory and neurological. According to a local legend, Don Francisco Elguea, owner of a sugar mill, banished a slave with a very serious skin ailment, sending him to the place today known as Elguea Health Resort so he would not infect the rest of the slaves. Sometime later the slave returned totally cured, saying he took baths in the thermal waters and his owner believed him. Thus the mineral waters’ health resort first hotel was inaugurated in 1917. For more than a century many legends like this, affirming the discovery and properties of the waters were told, but it was only in the fourth decade of the past century that the first serious research and investigations associated to the healing properties of these Elguea waters were undertaken, substantiating said properties to the point that today this resort has worldwide recognition.

The Thermal Center has an area of 1,300 square meters, with three medicinal water pools, a sauna, gym, individual baths, beauty salon, massage and relaxation rooms and medical consults, among other services. Two stars Islazul Hotel Elguea is leader among other Latin American Health Tourism Centers, located in the northern coast of the Villa Clara province (an hour from Varadero and ten minutes away from El Salto and Ganuza beaches), in the boundary shared by the Matanzas and Villa Clara provinces. It has an inventory of more than 100 rooms and besides the hotel facilities, it offers the services of tennis and volleyball courts as well as bicycle and horseback rides. The agreeable weather of the place allows the visitor the necessary harmony between vacation enjoyment and healthcare. All rooms have A/Cs and satellite connection for TV and cellphones as well as minibars.  The hotel has a large pool, two tennis courts and one for volleyball and another for basketball. The spa has a massage room, a gym and different other spaces to treat the body instead of just beauty.

Elguea’s vital treasure rests in its waters – source of life – that together with the professional service offered by this facility, make up an excellent destination in the central region of the Island for health tourism and wellness.