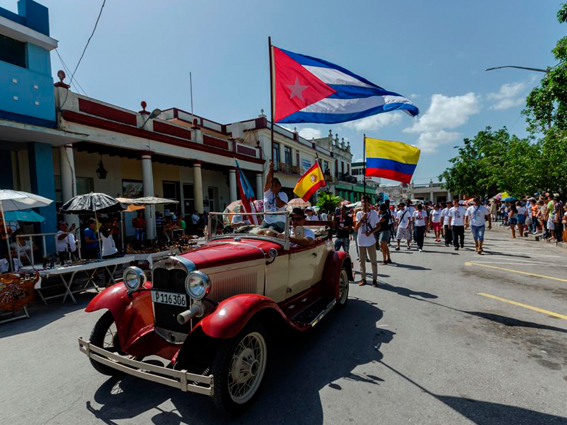 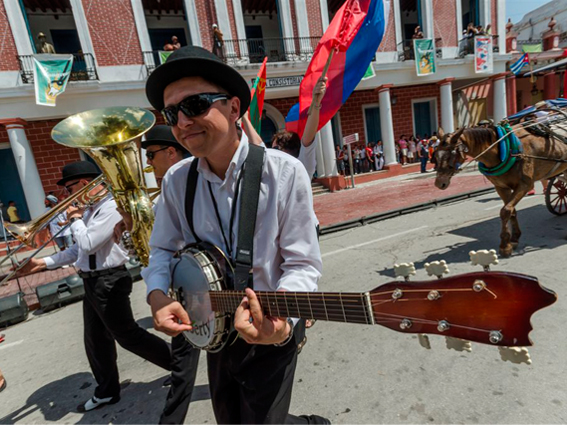 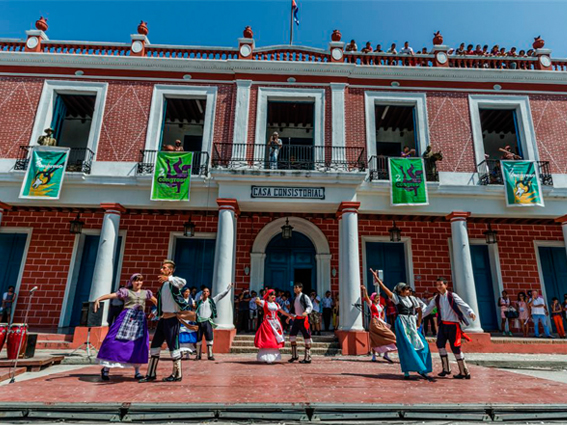 Antonio Joseph Alegre, a Franciscan Friar, with great effort walked that cross up the Bayado Hill, intending it as a safekeeping symbol that would protect dwellers from epidemics, witchcraft and natural catastrophes. May 3, 1790 marked the catholic faith inhabitants’ pilgrimage date in the Holguin Province. It began at the Parochial Church of “San Isidro” going all the way up to the top of la Loma (the hill). Festivities started just after saying mass up there. Pursuant an old Spanish tradition, the location of the cross on top of the hill originated from religious festivities observed therein in commemoration, according to the bible, of the day Saint Helen, mother of Constantine the Great found the cross in the Calvary. Afterwards the tradition incorporated the will to prevent illness and calamity.

Year after year in Holguin the procession walked up the hill, a tradition in place until the decade of the fifties of the past century; in the beginning it was known as the “Festivities of the May Cross”

Festivities like these in many countries express the devout feeling to a deity to which the popular celebration is dedicated with typical dances and food. However in Cuba, since May 3, 1994 Holguin’s youth rescued the tradition granting such a colorful sense that goes further than its traditional religious character. Las Romerias de Mayo festivities as they are presently known are a cultural event revealing the best of Cuban and foreign art. Dance, theater, plastic arts, handicrafts, literature and music performances by Holguin’s youth enhance the saying that ‘There is no today without yesterday’.

It is young art that opens city doors and windows, imprinting life with a whole week of seamless happiness. Everything begins on May 2 with an inaugural speech delivered by the organizing committee, indicating the starting point of the parade. A 458 steps stairway enables the ascent to reach the cross where a Papier Mache sculpture of God “Baibrama” representing the aborigine inhabitans of the lands is placed, also acknowledged by locals as the Holguin Hatchet (Hacha de Holguin).  Afterwards the multitude spreads along city streets with performances of important artistic groups as well as spaces to read poetry, theoretical events, etc. It is art mastering the spirit of participants.

Every year participants from abroad share their art, dreams and hopes with locals and it should be mentioned that this cultural event has a unique and transformative nature, providing values that enhance every minute of the festivities

The event ends on May 8 by lifting up the Holguin Hatchet in the tallest building in town.  Goodbyes are not an option due to the intensity of art and love shared during these days. Of course there are many kisses, embraces, handshakes and smiles forever settling down in our remembrance with the expectation of new encounters.  This date marks our future that, sheltered by the cross and God ‘Baibrama’ augurs a future meeting full of happiness and joy.