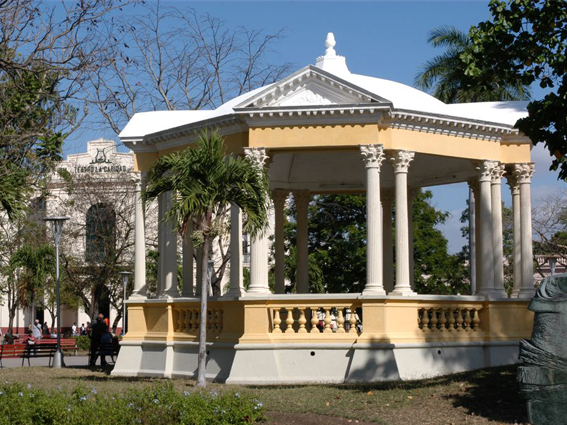 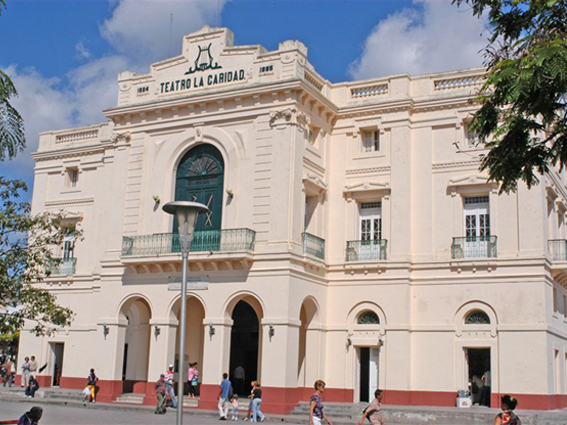 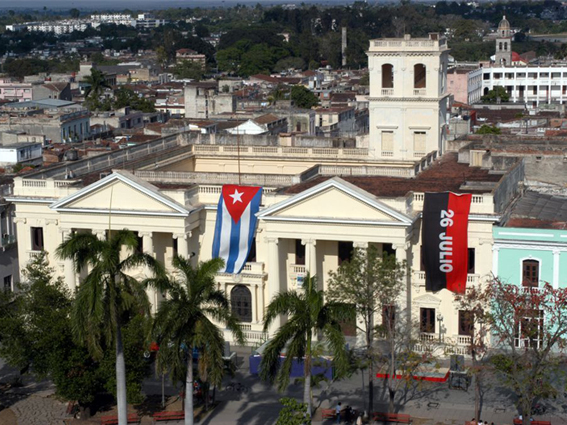 The capital of the central Villa Clara province, Santa Clara treasures an artistical collection well rated by thousands of visitors that on going through the heart of Cuba, wish to enhance their stay with brushstrokes of the national culture.

Of the wide array of offers to recommend, three proposals outstand: the Comandante Ernesto Che Guevara Sculptural Memorial, located in the Circunvalación Area in the city periphery; and the la Caridad Theater and Modern Arts Museum close to the Leoncio Vidal Park.

One of most rooted attributes of Santa Clara, to the point it is known as “Ché´s City”, is due to the fact it hosts the Sculptural Group…..composed by the Plaza, Tribune, Museum and Memorial, wherein the mortal remains of the legendary guerrilla soldier rest. Every visitor arriving to this destination comes to this emblematic site that irradiates art and history. The Memorial was inaugurated October 17, 1997 and the Plaza, Tribune, Museum and Monument group, on December 28, 1998.

The Plaza and Tribune, including the Monument were designed by architect Jorge Cao and the well- known Cuban sculptor José Delarra (1938-2003).  With an 80,000 standing capacity, the Plaza extends some 17,550 square meters: 14 palm trees symbolize Che’s birthday: June 14, 1928 and two fountains, the star of his Commander Rank and the Garden Planters host a permanent floral offering.

Most prominent element of the Sculptural Group is the majestic Che statue, a work of Delarra proper: oriented to the south, looking towards the Escambray Sierra and South America; it rises 6,8 meters tall, weighing 20 tons, standing on a 16 meters high pedestal. In the lower part of the Memorial, a kind of stone vault, wherein the mortal remains of Che and the rest of the guerrilla men rest, an eternal flame remembers their memory.

As to the Historical Center, Santa Clara takes pride in the Teatro de la Caridad Theater, National Monument, built in a European style and financed by benefactress Marta Abreu, using the proceedings for charity purposes. Considered an architectural and patrimonial gem, it has been one of the most relevant artistic stages of the country; the theater has been host to well-known performers and companies as Enrico Caruso, Libertad Lamarque, Jorge Negrete, Lola Flores, Chucho Valdés or Alicia Alonso.

Located in one of the city’s oldest buildings, it has ten halls with permanent exhibits, one for transient ones and another for artistic presentations. It treasures collections of furniture, ceramics, crystals, textiles, paintings, photographs, graphic and goldsmith works; promoting guided tours, concerts, literary gatherings, exhibits, professional training courses and conferences.