CORHABANA, beyond harmony of voices 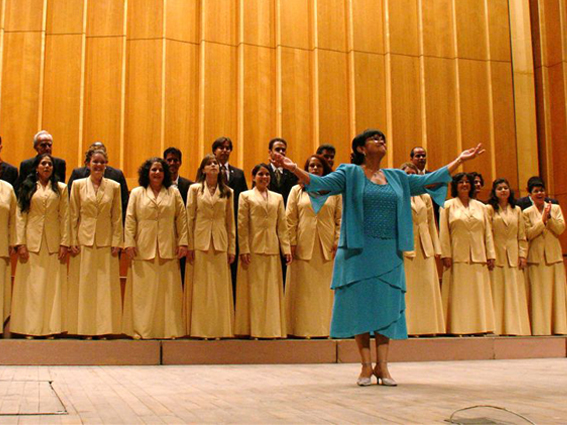 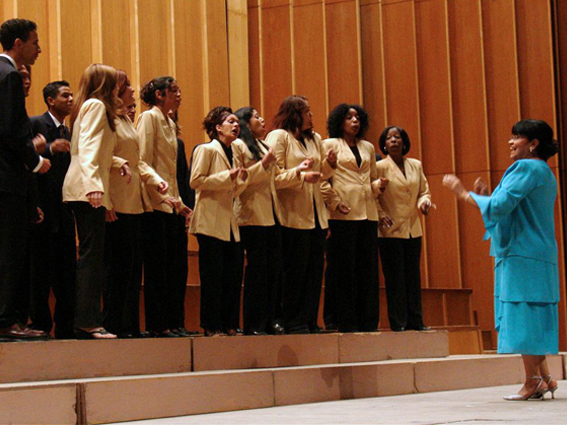 The deep baritone voice creates the appropriate nestling environment for contralto voices, while a lyric soprano shapes the contours and mezzo voices contrast with soft, mellow sounds.  All the voices follow the easy but firm movement of those hands; then the melody comes alive and awakens in one unique human sound, encompassing the marvel created by the chorus.

Digna Guerra, the Chorus Director leads us through one of the most important events of choral music in the Island: the “International Havana Chorus Festival, Corhabana”, and in that sense, she answers a few questions about the festival:

“Corhabana Festival”, when and why?

The festival started as a choral encounter between Cuba and the United States in 1999; many choral groups visited Cuba in those days through different agencies that organized travel of orchestras and chorus around the world.  After a few contacts we decided to create some kind of festival initially known as “Cuba-United States Choral Encounter”; 13 groups from the United States came to the first encounter as well as choral groups from Havana and other parts of the Island. Wanting to encourage the impulse created in these first meetings we upgraded the event to a festival, opening the scope to encompass groups from Latin America and Europe.

Which international choral groups will attend this year´s festival?

Groups from Argentina, Mexico, Nicaragua, Colombia and the United States.

What about Cuban choral groups?

All the choral groups from Havana as well as groups invited from Bayamo and Holguin.

Yes, there will be three important workshops, one of them about choral arrangements guided by the important Cuban chorus arrangement professor Conrado Monier; Mexican Julio Morales on the other hand will hold two Mexican music workshops and María Adelaida Mejía from Colombia will lead a children choral workshop.

What about the festival concert locations?

As to workshops: for children in the Fine Arts Museum, while the San Felipe Neri auditorium will host Mexican Julio Morales alternating with Cuban Conrado Monier.

How would you describe the sonority, hallmark and personality of your chorus?

I have achieved a transparent sonority for the chorus, very similar to the distinctive sound of Nordic choirs; that is why, whenever a musician who has toured different scenarios and listened to an infinite number of choral groups approaches me, he/she says: “it is amazing, the sound of this choral group is similar to that of a Nordic choir”

What is your distinctive feature as Choir Director?

My ability to draw the music; setting tempos is not enough; music is like a discourse to be translated, in my case it is translated and transmitted from my hands.

Though working with all musical styles, which is your favorite and why?

All styles have so much in them it is quite difficult to set preferences, but from my viewpoint I believe we should extract all the substance present in a music score, to its musical and literary content I mean.  In my case I work from the literary perspective and then verify if the music corresponds to the text´s accent.  Nevertheless I like contemporary music very much.  I always try to involve premiere pieces, Cuban music fascinates me; our composers regretfully, write too little and at the same time there are just a few choral music arrangers. In my experience popular music with arrangements for choral groups is attractive to the public. To that end we rely on very timely arrangers as Guido López Gavilán, Roberto Valera, Wilma Alba and Frank Fernández among others who have done a great job for choral groups.

So from June 26 to the 30th of this year we will enjoy wonderful moments with premieres of some contemporary pieces interpreted by voices of divine nature, reaching our hearts and souls with the only pretext of turning our silences into a new voice.