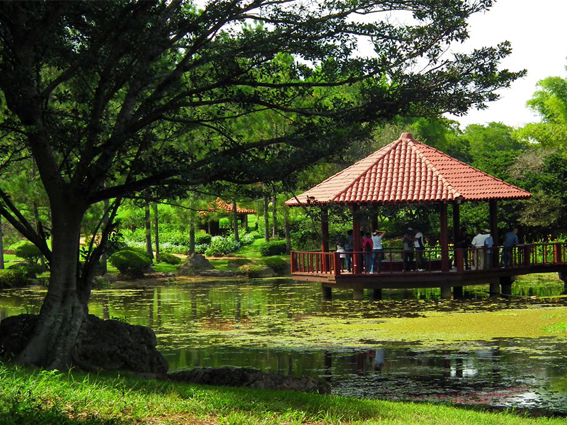 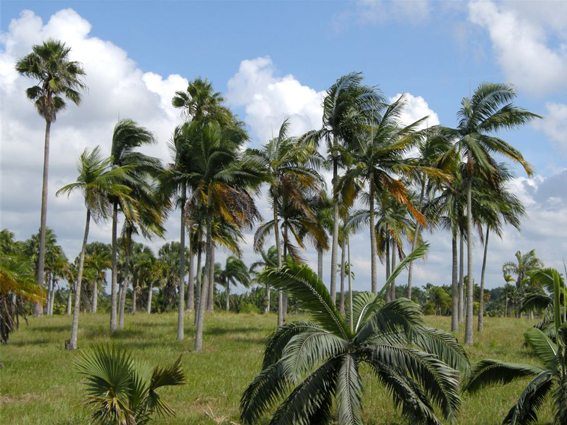 The Cuban National Botanical Garden, one of the largest and most important tropical gardens in the world celebrates this year its 50th anniversary.

Visits to this educational, scientific, recreational and dedicated to conservation center, led by specialized, professional guides, balance leisure with knowledge of the natural universe in the strip of the capital´s most extensive green space – together with Lenin Park and the National Zoo, 25 kilometers to the west of Havana, facing Expocuba exhibition center.

Designed as a modern institution focused on public wellbeing, it exhibits tropical plants biodiversity through collections of live plants, duly classified and scientifically ordered; it also has to do with national flora, development of collections and spreading of species in risk of extinction.  The University of Havana was entrusted with the creation of this entity, counting on the assessment of Professor Dr. Johannes Bisse of the Friedrich Schiller University (Jena, Germany). Its construction started in 1968 opening to the public in March 24, 1984, though it was officially inaugurated n January 4, 1989.

The first collections and field studies began in the sixties, continued to date by specialists to enlarge funds during all these years. In around 600 hectares it exhibits 4,000 vegetal species representative of Cuban flora and also from other parts of the planet, geographically grouped and ordered in special collections, pavilions, laboratories, nurseries and recreational areas.   Scientific collections are kept in green houses wherein they reproduce, thus cultivating numerous vegetal families; here specimens of the Cuban and world flora are also kept and are the basis for the enhancement of the funds and exhibitions.

Thanks to collaboration of Japanese institutions as well as the Japan Embassy in Cuba, the spectacular Japanese Garden was founded in 1989, the work of landscape architect Yoshikuni Araki; in five hectares the garden exhibits plants of that Asian region inserted in a waterfall, a lake and a gazer.

Indoor exhibitions organized in tall pavilions encompass more than 2,000 m2; the Crystal House pavilion is dedicated to plants of arid tropical and subtropical zones and the High Humidity and 50% Illumination hosts typical specimens of humid tropical mountain forests and plants of economic value.  In the outside one can admire exhibits of ornamental aquatic and ground vegetation.

Among other important collections to be mentioned: the Herbarium, second in the country, grouping more than 200,000 specimens, rigorously classified and representative of the Cuban and exotic flora of other latitudes; the Palmetum, a world collection of palm trees, distinguished elements in the tropical flora; the Systematic Zone, conceived as a gigantic genealogical tree in a network of pedestrian paths; the Archaic Forest of primitive species, specifically of the Mesozoic era (135 million years old) and the Ornamental Zone surrounding the main buildings.

The National Botanical Garden is a space for specialized training, teaching and scientific exchange with akin institutions worldwide; it radiates its experience to the National Network of Botanical Gardens and to the community through assessments, exhibits, workshops and conferences.  Its specialized library treasures the second most important bibliographic botanical funds of the country in books, series and thesis.

Tours along the Botanical Garden usually end in the eco restaurant El Bambú, reference of culinary ecological culture in Cuba, or in the specialized ornamental plants´ store to carry along a living memento.