A Festival for the Caribbean 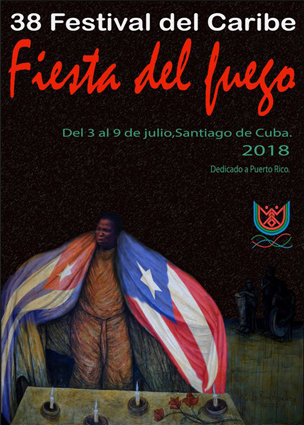 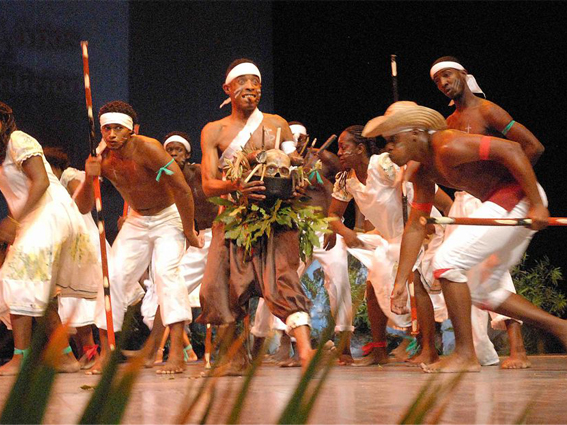 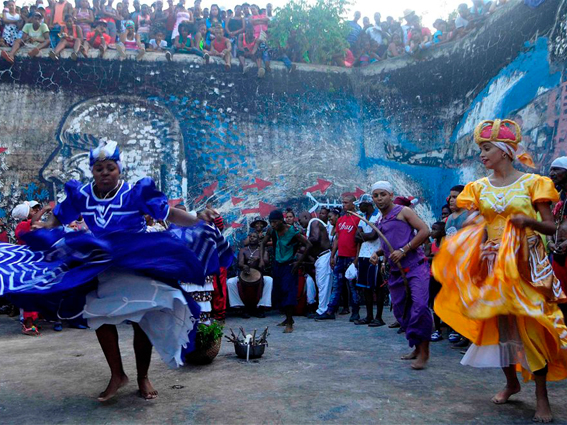 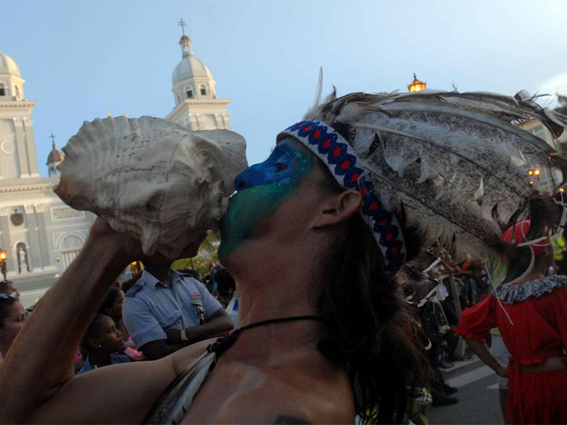 The Caribbean has won a capital: Santiago de Cuba.

Sponsored by the Casa del Caribe and the Ministry of Culture, every year this city celebrates an event favoring an open relation between different expressions of popular culture and traditions of the peoples of this region.

Santiago opened its arms to host the Festival del Caribe, or Fiesta del Fuego festival as it is also known, winning recognition and increasing popularity and assistance in its 38 years of existence.  Since the beginning its doors opened to welcome valuable intellectuals, researchers and artists coming from the Hispanic, English and French speaking Caribbean in their diverse theoretical and cultural activities.

This festival shakes the city up, transforming it in a feast of all its people, full of its color and intensity, its music and communication and its mystic religiousness….easily observed in the parades that take place, where a huge crowd accompanies the different guest countries’ representations. All the activities privilege the participation of the guest country, dedicated to a different one every year:  Puerto Rico in this occasion.

Among most important events: the Coloquio Internacional el Caribe que nos une colloquy, a place for reflection and polemics about the history and peoples of the area, yielding this year its space to the Congreso Mundial de Culturas Populares del Caribe congress, held through conferences, discussion panels and round tables.  It is also a moment to award the Premio Internacional Casa del Caribe prize, honoring the work of personalities and institutions dedicated to the development and research of popular culture and the Placa José Ma Heredia plaque – highest distinction awarded by the Santiago de Cuba Cultural Department – bestowed upon national and foreign personalities outstanding in the promotion of Cuban, Latin American and Caribbean cultural work around the world.

As customary the Festival celebrated from July 3 to 9 will start with a call to Eleguá – to clear up the paths – and the Desfile de la Serpiente parade from the Plaza de Marte – along the quite busy Aguilera Street – to Parque Céspedes in the heart of the city, wherein all the delegations take part and present their attractive choreographies.

The call of the drum announces the feast where all celebrate in the streets, in the Casa del Caribe – main seat – and the Casa de las Tradiciones, in the legendary Tivolí neighborhood. And the Festival as a multi-presentations ‘event includes artistic galas, plastic arts exhibits,  poetry, conferences and colloquy spaces, summoning national and foreign participants as well.

This Caribbean festivity aims to cement solid alliances, to twin our nations’ common men and women above all designations and commissions and to this end it will continue sealing the process of regional encounter backed by these formidable social players.

It is time for goodbyes…and with it the Desfile del Fuego parade beginning with a Congo ritual hailing the supreme entity (Nzambi) and handing the Fiesta del Fuego emblem (Mpaka) to the guest country to which the following edition of the event is dedicated. This time the parade ends in the Alameda de la Avenida Jesús Menendez promenade by the sea, to set a huge devil symbolizing evil, on fire. Burning the devil opens the road to the next encounter here, in the Capital of the Caribbean.