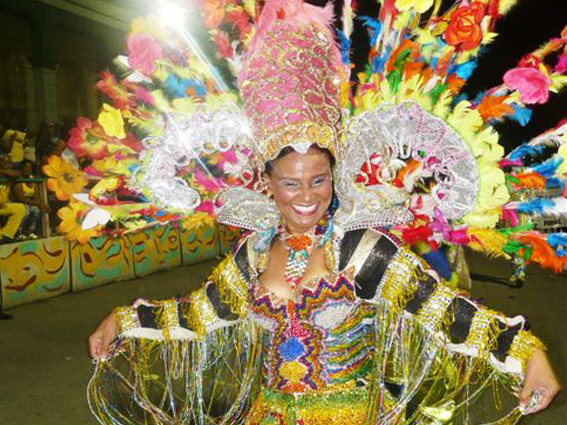 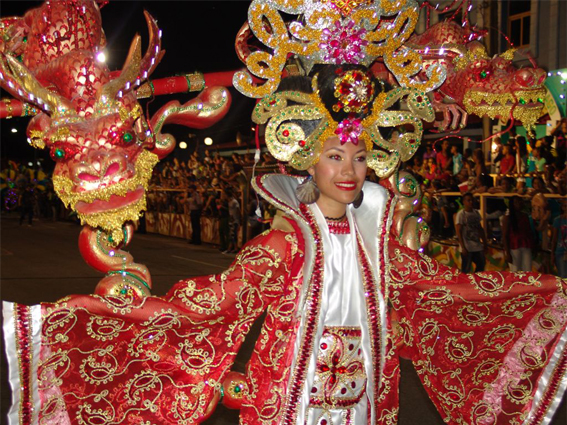 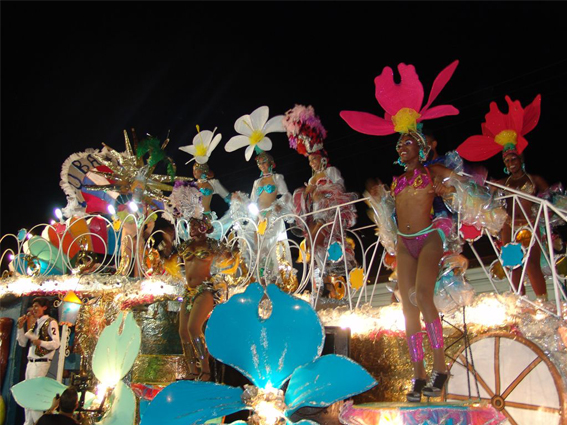 Coming July, Santiago de Cuba heats up beyond normal with the arrival of the carnival feasts, main festivity as to tradition and seniority, a unique cultural symbol based on its musical support: the conga.

The trick of Santiago’s congas lies in the presence of the corneta china – Chinese cornet – inserted since 1916 as an instrument loud enough to summon everyone for enjoyment, amusement and fun. Among main Santiago congas outstand: Los Hoyos, Paso Franco, San Agustín and San Pedrito, each one with its particular pitch and hallmark, triggering frenzy and rampage among the dancers.

In the beginning the carnival developed in a religious tone linked to Santiago Apóstol – city patron – and other catholic images celebrations.  To this day some of their features prevail: congas make their first outings on the days of San Juan (June 24) and San Pedro (June 29); at the same time the main carnival days are Santa Cristina, Santiago and Santa Ana, corresponding to July 24, 25 and 26 respectively.  That is to say there is a close link between the religious aspect – where requests are made by city dwellers – and the popular feasts.

As part of the carnival there is a friendly meeting among congas and comparsas (dance troupes) of different neighborhoods in fraternal confrontation and competition, each of them presenting their choreographies before a jury; this is why even before the end of the feasts organizers start thinking ahead of the theme for the next edition.

At present different spaces are dedicated to the festivities; the first days correspond to the Aquatic Carnival with performances along the malecón (pier promenade) and the Santiago bay displaying boats adorned for the occasion. The following event is the Children Festival where children perform in comparsas  with ingenious choreographies admired by all.

During the carnival proper there are many local festivals and fairs counting on the performance of well-known orchestras that play until midnight; among them:  Sueño neighborhood,  Martí Avenue, Santa Rita street and crossroads of Trocha and Carretera del Morro streets, known as the thermometer of Cuban music.

La Alameda is another distinct space destined to carnival promenades with colorful comparsas’ dances and choreographies, all of them exhibiting banners and accompanied by orchestras (jazz band type) and lavish floats.  These promenades also bring mamarrachos, better known as muñecones (huge funny monstrosities) as well as popular characters like Bertha la pregonera.   Comparsas choose every year a theme to compete and show upon, since it is highly fashionable for a specific community to win a carnival prize.

At the same time this festivity is famous due to the many dishes offered in the local festivals and fairs, taking into account the different preparations of local gastronomy as the puerco asado (roasted pig), the hayaca (tamale), congrí oriental (rice and black beans) of Afro-Haitian origin, the rayado santiaguero (iced flavored beverage)…..announced in peculiar chants very different from those of other regions and carnivals of the country

During the carnival the atmosphere is colorful, light and noisy since people let go of prejudices to fit in in its peculiar environment. For locals the carnival is not only an opportunity of enjoyment and pleasure but one of liberation – for a short while – of everyday routine.  And as it is, this joyful and short lived scenario is intense, thus upon ending, it leaves a vacuum in the city with a mix of yearning and sadness in the air.

Summer vacations are close by and Santiago de Cuba invites you to explore its beautiful city, its people and its joyful carnival: a pleasant cultural experience.