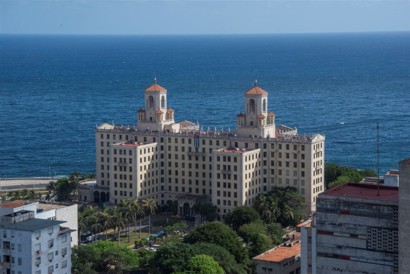 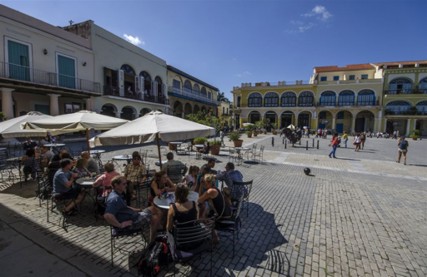 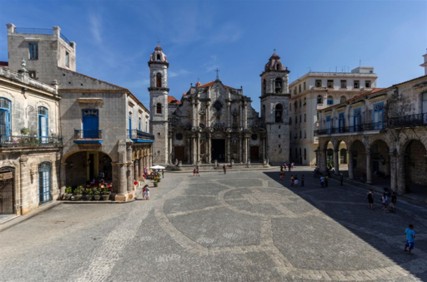 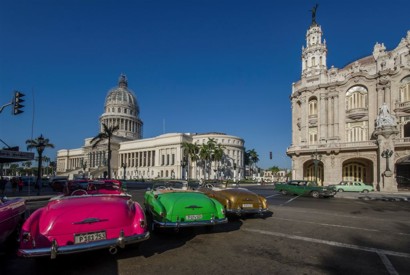 Havana invites you to walk along its streets, learn about its history, and appreciate its colors and flavors, breathing the unparalleled aroma coming from the sea and falling in love with the city. If you only have three days for discovery, there won´t be too much time for rest as there are many options.

The Historical Center is a must see to learn about the history and evolution of the San Cristóbal de la Habana villa, nearing its 500th anniversary. Just grab some light clothes and comfortable shoes and get ready to “tour Havana”, in the words of Eusebio Leal, the City Historian.

Colonial plazas are a marvel in themselves: the Plaza de Armas hosts the Palacio de los Capitanes Generales, today the City Museum treasuring the flags ‘hall, a milestone of the history of the homeland; the Palacio del Segundo Cabo, presently a Construing Center of Cultural Relations between Cuba and the Old Continent; the Castillo de la Real Fuerza and El Templete, a small Greco-Roman temple, celebration site of the first mass where a ceiba tree is honored by city dwellers every November 16.  A sculpture of Carlos Manuel de Céspedes, Forefather of the Homeland, stands tall in the park in the center of the plaza; the vegetation and smartly located benches invite one to rest and admire the surroundings.

In the Plaza de la Catedral, surrounded by iconic colonial architecture buildings, baroque construction of ecclesial magnificence merges with the live presence of Afro Cuban folklore characters. Fluttering doves call the attention of the visitor at the Plaza de San Francisco de Asís. Close by, artists’ studios, sculptures like the Caballero de París (Paris Chevalier) – legendary and restless rover of the past century -, a concert hall and other exhibits in the old San Francisco de Asís Convent and a thousand more details come to life during this thrilling tour under the burning sun.

The Plaza Vieja ends this tour where one can visit new museums, a gazer to admire the bay and the port from the Dark Chamber, the Centro de Artes Visuales and the Fototeca de Cuba. In the meantime, there is much relaxation in savoring a cold jar of artisan beer or an expresso in El Escorial, promenading the boutiques or going to one of the many bars to refresh from the tropical heat.

If during lunch time, there is no better place than La Bodeguita del Medio to discover the true seasoning of traditional Cuban cuisine, drinking the famous mojito and writing your name in one of the walls, a tradition of the place. The Casa del Chocolate is a few blocks away offering a taste of the Aztecs´ drink and at the same time an option to take back a delicious gift for chocolate lovers.

Touring Obispo Street Boulevard, one of the busiest city streets, one can visit book stores, learning more about Cubans´ way of life and culture and listening to the street cries among bed sheets hanging from balconies. Anywhere you will hear drum beats coming from “santería” ceremonies or just a rumba dance in the middle of a “solar” (old tenement building), all of them open to any visitor who wants to walk in.

Walking up Monserrate Street, El Floridita Bar “cuna del daiquirí” (daiquirí´s birth place), awaits us with its many legends about Hemingway, who immortalized this very Cuban drink. Here one can learn about this great writer, following his trail to Finca Vigía in San Francisco de Paula where the Nobel Prize lived most of his life in Cuba, or just travel to Cojímar, a small fishermen town where the author imagined his novel El viejo y el mar.

If you prefer the old part of the city, visiting the Museo Nacional de Bellas Artes will be an opportunity  to admire the most complete collection of Cuban art, as well as the universal art building treasuring valuable pieces of Egyptian art together with European and Latin American art.

Those wishing to learn about the origins of the city can tour El Morro and La Cabaña military fortresses crossing the bay through the tunnel or just taking a picturesque boat ride from the Muelle de Luz. Every night at 9pm the Cannon Ball Ceremony relives the old colonial tradition of the closing of city walls. Soldiers dressed according to colonial times receive visitors an hour before the ceremony and always on time, the sound of the cannon ball firing reminds city dwellers of former times. The Cristo de la Habana sculpture, work of Gilma Madera stands tall nearby,  from its base one can appreciate the monumental dimension of this work as well as enjoy a privileged view of the Havana Bay,

There are many options for music lovers; to dance salsa – or better known as casino in Cuba – the Casas de la Música offer an attractive selection, mostly with live music.  There is no better place than Dos Gardenias for boleros in the residential Miramar area.  Also a space for jazz in La Zorra y el Cuervo in the heart of La Rampa and for “feeling” in El Gato Tuerto very close by.  If a bar tour is of preference, visit Mío y Tuyo, King Bar, Shangri La and Encuentro bars.

Cabaret Tropicana, better known as “el paraíso bajo las estrellas” is a good choice to stay up until midnight. World famous for its glamorous Rodney shows and founded in 1939, it maintains the elegance of its gorgeous dancers, singers and acrobats. Some acknowledge the place as the sumum of vintage and other as the kitsch kingdom. The Fábrica de Arte Cubano is another option, meeting place of artists and fans, close to the bridge known as Puente de Hierro with a view to the Almendares river mouth. The place encompasses most novel art expressions as to photography, musical production or theater, with surprising spaces to share a drink or a gourmet dinner in Tierra or in El Cocinero, at the base of an old brick tower.

Havana also offers the best cigars in the world in the Casas del Habano and a variety of liquours in the Museo del Ron with the best supply of the Havana Club brand and where one can learn about the manufacturing history of this famous beverage. For artisan works´ lovers the Mercado de San José offers a wide variety of originally decorated fabric garments, imitation jewelry and other curiosities. Walking back one can promenade along the Alameda de Paula, paying a visit to the quaint Iglesia de Paula and also to the floating Avenida del Puerto pier.

A large part of the Cuban capital faces the sea where its dwellers love to enjoy the view, El Malecón is a magic space linking the sea to terra firma: an eight kilometers´ long stone seating place; at any time a fishing area, during daytime a place for sports and at night a space for music, family and friends´ gatherings who go there to enjoy the fresh air of the coastal breeze, as well as lovers who want to best share their feelings under the moonlight. Promenading El Malecón allows an appreciation of the city architecture and the mysteries of the Cuban night.  It is also a way to access the beautiful Quinta Avenida and travel a few kilometers to “Fusterland” in the Jaimanitas neighborhood, intervened by artist José Fúster with his fabulous colored ceramic shapes, giving a different perspective to the life of its dwellers; best advice is to rent an old convertible to enjoy the landscape.

For sea lovers the Marina Hemingway is less than a kilometer away offering all types of services to yachters and other visitors as well. If going in the opposite direction to the east of the city, the Santa María del Mar beach offers its warm and transparent waters where one can share with hundreds of Cubans who visit the place to escape the heat of the tropical weather.

Havana is infinite, warm and friendly. Three days are not enough to take in its culture, history and its incomparable ambiance, but sufficient to bewitch you letting you go with a “see you soon”.