Luna Manzanares: Cuba is my motivation 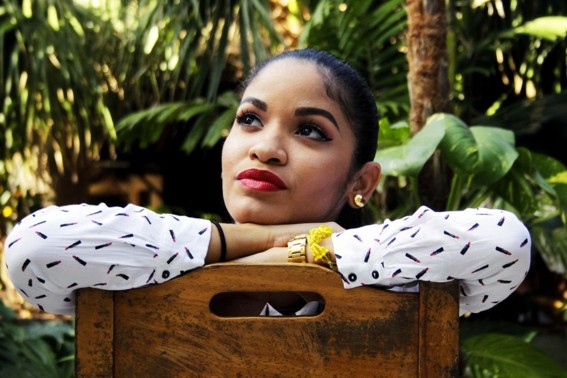 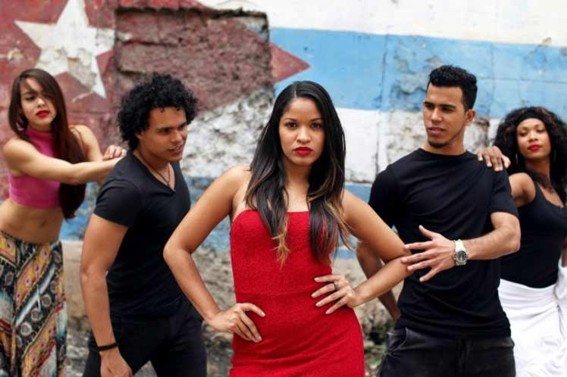 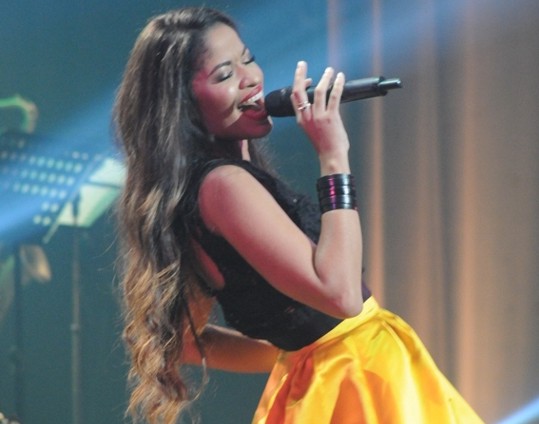 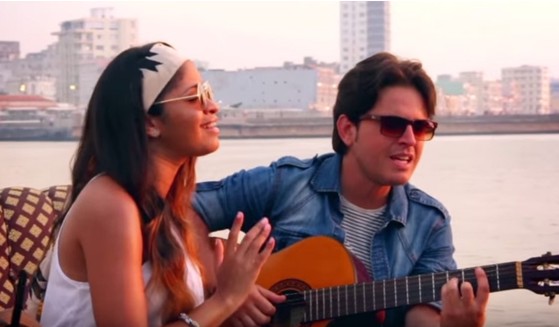 With her beautiful and well-trained voice, young Cuban singer Luna Manzanares promenades through song, jazz or musicals. She is one of a kind for whom the stage is her home place.  In the seat of EGREM – her record label and Cuba’s foremost record company – we talk about her professional dreams and goals.

“Besides my Afro Cuban religion, art is my other faith; I believe in it and defend it.I chose music as a means to express my emotions, feelings and ideals. Everything said poetically is valid for me”

She played the main role in the musical “Carmen la cubana”, based in the famous Bizet opera in its premiere at the Parisian Chatelet Theater. Luna shared the stage during her 27 performances with a troupe of Latin American dancers and singers. In acknowledgement of her success, she received the “Knight of the Order of Arts and Literature of the French Republic.”

When did you find out music would be your main language?

“I have been devoted to music always, my father was a scenographer and art directorand my mother is a painter and also a theater graduate; they both loved music. My grandmother used to put me to sleep singing beautiful traditional Cuban songs. “When my father died my mother shared he wanted me to be a cellist: to me that was an order, but I was not chosen during the application period. Years later I joined Chorus Direction with the highest grades in the Amadeo Roldan Conservatory in Havana”

Thus, Luna discovered her true vocation: singing all possible genres and tensing her voice to unsuspected limits to her.  On graduation from middle school in the conservatory, she started a constant renovation career.  She was part of the Haydee Milanes (daughter of famous Pablo Milanes) chorus for some years while joining at the same time the circuit of young jazz singers of the times; she was also part of the Schola Cantorum Coralina with presentations in main Cuban stages.

In 2012 she builds her own repertoire with a distinct sonority: a mix of jazz, Cuban traditional as well as Brazilian and North American music; also updating classic Cuban songs through contemporary arrangements. She interpreted the songs of such famous national TV novels as “Bajo el mismo sol” and “Tierras de Fuego”…. and then she arrived at the theater.

How did the musical theater irrupt in your life?

“It was totally unexpected but has gifted me great rewards abroad because Cubans do not know me in that vein; when Carmen appeared in my life in 2014 I went to Broadway for two consecutive years to receive classic ballet and acting classes. It was a hard preparation process including many hours of acting, dancing, choreography, corporal expression studies and physical efforts as the music shows are very demanding”.

“I trained to interpretfor two hours on stage, the main role in a play based in tragedy with a huge dramatic load.  My character Carmen is on the stage all the time demanding much concentration. On preparing in Paris for the premiere of the play inspired in the French Georges Bizet opera mixed with Cuban sonorities, we believed it would be either spectacular or total disaster. Luckily critics and the public were totally in our favor”

What are your planson returning to France?

“I am really thrilled to go back to Paris, we will be performing in the Enghien-les/Bain Art Center with two concerts November 23 and 24, 2018 with a piano, bass, electric guitar and drum’s format. Two chorus girls will be joining us – we are still auditioning candidates – to sing a repertoire in Spanish, French, English and Portuguese”

The artist advances she will interpret themes of Cuban authors Carlos Varela and recently deceased Juan Formell, who dedicated to Luna his last composition: “La fantasia”; she also counts on works from Decemer Bueno (composer of international hits as “Subeme la radio” and “Bailando”) who she works with in the production of her first solo.

“I will include in both concerts the bolero “Silencio” of Puerto Rican Rafael Hernandez, recorded with Buena Vista Social Club’s diva Omara Portuondo. As in my concerts in Cuba, I will insert pieces of different epochs appropriate to my vocal features, among them Donna Summer’s “On the Radio”

Your projects require your permanent betterment. Which are your goals as an artist?

“I set very high goals for myself, not only with music: I enjoy painting and it is my desire to act in movies, put music to serials, compose and make as many records as possible, I dream all the time. Creating an Art Academy is one of my dreams; my parents taught all their lives and I would like to play homage to my father with this project. I love art, talking through it to society and that is why I would like to contribute to the enhancement of others. I would love to design special projects for the musical theater and a chair of popular and traditional singing”

What is your commitment to your country?

“Cuba is first for me, it is my homeland and it is my motivating factor, my beloved Havana. I do not entertain per se, I can also be a reference and that is a huge compromise. I set my goals high insisting in choosing good lyrics that promote reflection. I try to supersede myself working seriously.”

On ending the dialogue, Luna sings a version of the French single “Commed’habitude” composed by Claude Francois and Jacques Revaux. She is excited and expectant as to how the French public will receive her now; the same that applauded her under Carmen’s skin, also the same she pretends to conquer with her exceptional voice.