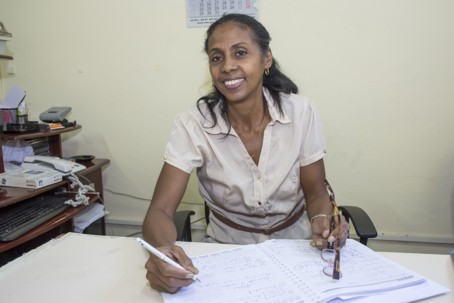 Since the beginning of Spanish colonization in the XVI century, mining was Cuba’s first economic activity; more than 500 years later, extraction of subsoil riches is still one of the most important sources of income for the Island.

Cuba faced an enormous challenge in the mining sector since the very first years of the 1959 revolution due to the high scientific and technological level required by this industry: thus the founding in 1967 of the Mining Industry Research Center known by the acronym CIPIMM.

With more than 40 years working in CIPIMM, Dr. José
Castellanos Suárez is one of the oldest scientists in the institution exhibiting relevant results in research as well as development of mining technologies.

In the words of Dr. Castellanos: “after the triumph of the Revolution, our greatest challenge was to get Moa and Nicaro nickel mining plants back to work after they were abandoned by North Americans”. He remembers that: “Commander Ernesto Ché Guevara, Minister of Industries at the time, summoned young Cuban professionals to train in the operation of the plants and also proposed the creation of a scientific center: the CIPIMM inaugurated in 1967”.

Among most important inputs of this center,  the design of more efficient technological processes for the nickel industry, with a 50% production raise and positioning of the country among the first mining producers worldwide.

The Mining Industry Research Center as part of the GEOMINSAL Group of the Mining and Energy Ministry was also involved in the launching of 15 plants to produce sand, gravel, feldspar, zeolite, polymetallic minerals, salt and three gold plants

The technology to extract gold in the Pinar del Rio Castellanos Plant with more than 74% efficiency, yielding an additional one million dollars to the economy of the country is one of the most recent CIPIMM developments.  The center has among its clients more than 40 large mining companies, some of them of worldwide recognition as Sherrit, BHP Billiton and Anaconda, counting on excellent collaboration and technological exchange.

The center has patented 67 technological procedures with special accent in industrial property protection and knowledge management;   its wide scope research includes prospecting of different minerals of industrial interest and development of byproducts from mining residues well appreciated for their multiple uses.

Environmental preservation is a high priority for this scientific institution in charge of the certification of requests for operation of new deposits and enforcement of projects focused on reduction of environmental impact of already established companies.

Master Marcela de los Angeles Figueredo, manager of CIPICMM explains that the purpose of MINEMETAL Congress, held every two years, is to present the center´s new technologies and experiences

Guided by highly experienced mentors, young graduates entering CIPIMM are assigned to mining companies all over the country to complete training thus furthering their knowledge as high level specialists and scientists.

The Mining Industry Research Center treasures in its 50 years of ongoing work a valuable heritage of knowledge and experience Cuban science offers to universal mining.