Gilberto Santa Rosa: “Cuba has been a very special moment” 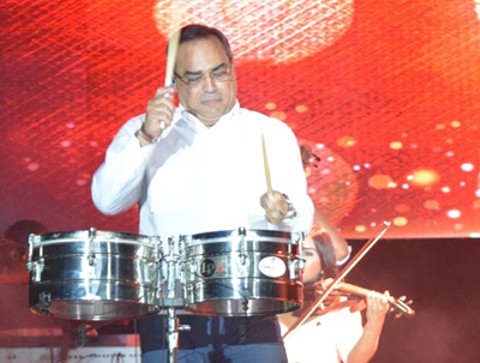 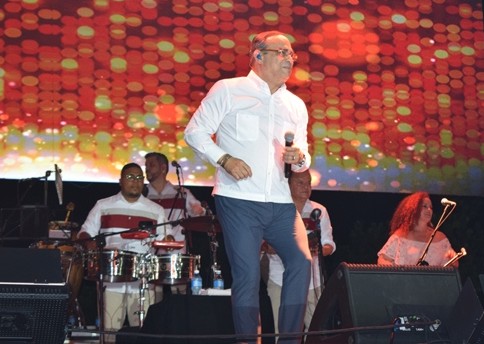 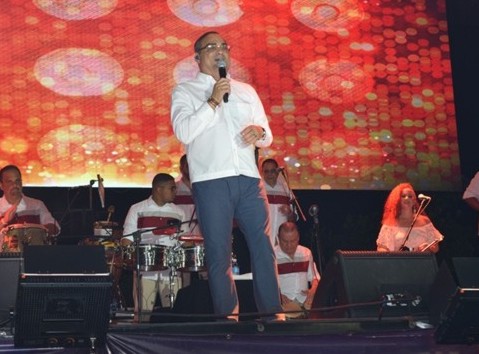 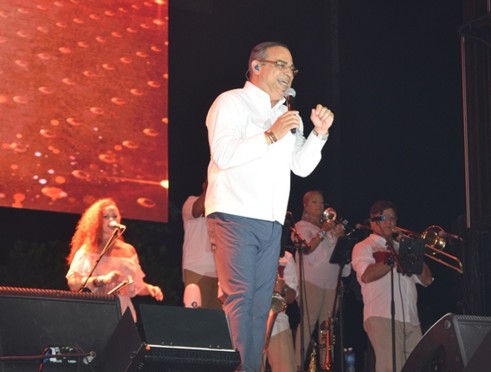 We have returned to Josone Jazz & Son Varadero Festival, where Gilberto Santa Rosa met the Cuban public for the first time; we interviewed him in the Casa de la Música of the Cultural Center located at the corner of 31 and 2nd St. in Havana.

According to the media this is your first visit to Cuba and we enjoyed very much your presentation in Varadero, we´ve been keeping track here in the Island since then. Tell us about this first experience with the Cuban public and with all the musicians that accompanied you that night. 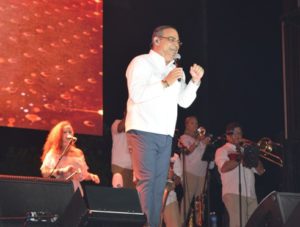 I was truly worried not to fulfill expectations of the Cuban public because I felt so much love since I got on that plane, in the streets, in the hotel and everywhere. Happily, I believe we made it due to the energy they provided and it was magic because I get thrilled seen people get so excited. I experienced peoples´ vibes with our songs and have shared with everybody how surprisingly romantic they are, and despite being such rumba lovers they asked me for boleros.

Tony Avila was in the crowd, he is a great author-singer whom I have versioned and we went into a very rich improvising spree; and then with Van Van´s Roberton, my brother for years everything went on so naturally – I might be wrong – but I believe this is the only genre where it happens.

We met in places, stages and shared with no protocol at all – “descargamos” – as we call it in our own slang, so it all provided the perfect setting for a terrific night, and being islanders we understand the language, the heat, the coast and everything. Therefore, these were two magical nights.

What happened yesterday in Havana was awesome: the repertoire, the huge amount of public coming to the Malecón, the songs they all hummed despite the generations….

Yes, it was very special, the friends, Isaac – you know he was the architect of this whole thing – they said, you´ll see…when you get to Havana you´ll see and I didn´t want to get excited, not have too much expectations, but they really exceeded all of them.  It was so beautiful; to the point even this morning people kept sharing with me about the concert, I found them in the streets and they transmitted a special vibe.

I want your insights about the “Caballero de la Salsa”, what is it with him? Despite the outburst of alternative rhythms monopolizing at present the media and the public….his music is still there in a high stand and for long.

I couldn´t say why, but what I can say is that I´ve been loyal to what I do, committed to my proposal, trying to innovate within my resources and possibilities. I have collaborated with many artists of other genres, but always as a collaboration, never seeking a career, nor trying to change the genre or adapt to new styles. I also respect people who have their moment, popular genres evolve aiming to revolutionize and to some extent, we have done the same. But the time comes when one sets hold and anchors to one´s own creation, to the music one does well, that can connect and everybody has a way of connecting; that is why I believe the public still follows what I do and connects with me, because they find Gilberto Santa Rosa. My proposal is very simply but very authentic.

What comes after Cuba, what immediate project?

Since September, we are involved in this tour called “40 y contando”, and in November we´ll close it officially to give way to another project for 2019. I have made a series of recordings soon to be released. Now everything has changed with this digital format thing and I´m in a learning process.

After forty years of artistic life during which, with due recognition to other places, Cuba has truly been a very special moment, expressing it is really difficult because as I said, I have tried to find the right words but “thank you” is the only proper one.