It is December again and the best of Latin American Cinema 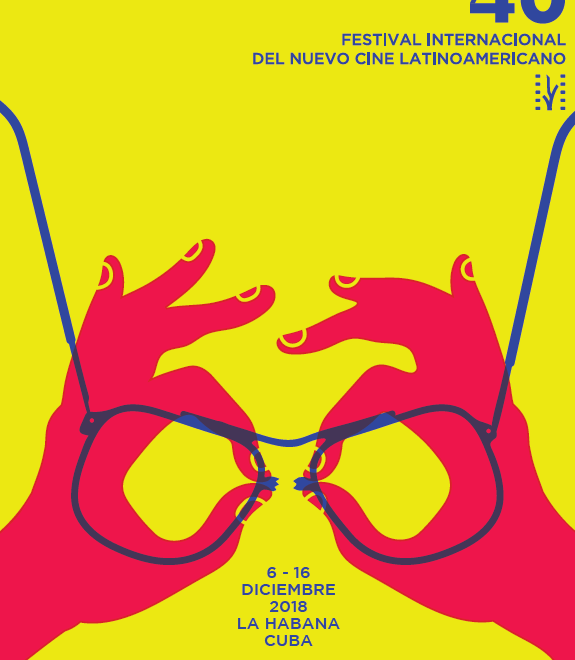 As always with the coming of December, the International New Latin American Cinema Festival is a real treat for those who for forty years have enjoyed one of the most important regional film events. Since the beginning, it aims to acknowledge and promote movies that, from their significance and artistic values, enrich and reaffirm Latin American and Caribbean cultural identity. 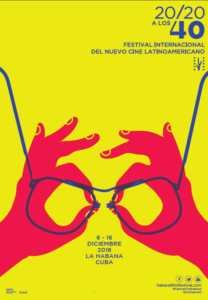 The best, most advanced and experimental in cinema terms blends in this true feast that every year welcomes film lovers worldwide.

The International New Latin American Film Festival created in 1968 and envisaged as continuation of the Vina del Mar, Merida and Caracas festivals, where films and filmmakers representative of renovation trends coincided, was a definitive answer to the claim for a space guaranteeing the systematic encounter of continental film works and their creators. Filmmakers have always been among the avant-garde of political, artistic and cinematographic movements with an urgent need to express themselves through the “large screen”, thus the festival slowly developed as the Latin film industry’ s own need.

This time its 40th edition – from December 6 to the 16th – is especially significant and a true challenge for its organizers. On an ongoing manner, the festival takes place every December and it is gratifying to reaffirm its significance as a worldwide referral. The public will enjoy films in contest including Fiction, Documentary and Animation, Opera Prima, Unpublished Scripts and Posters. At the same time, the program includes a wide variety of contemporary film works from the rest of the world under the premise of a showcase of present happenings in today’s world, intended as a very contemporary film festival. Homages to Tomas Gutierrez Alea (Titon) and Fernando Birri, paradigmatic personalities of continental cinema, will not only be retrospective but an outlook to the present and future.

The festival is not only a season to enjoy movies, Havana once again becomes meeting, negotiation and conciliation point of projects among filmmakers, an opportunity for alliances, devise of co-productions and dialogue with an avid public from different latitudes, undoubtedly the best protagonist. Film lovers as well as directors still trust in this festival, appreciating that, thanks to its imprint, the almost unknown Latin American cinema comes to life in detail during this great feast.

Havana turns into a fast-paced coming and going of friends and filmmakers, walking its streets from morning to dawn with their credentials hanging from the neck to insure priority access to movie theaters.  Or, maybe chasing a passport ticket to speed up their entrance – these are on sale from November to the last day of the festival.  This 40th edition, after a careful selection, filtered 22 full-length fiction, 22 short-length and half-length movies, 18 opera primas, 25 documentaries, 26 animated films, 19 unpublished scripts and 24 posters. Special galas together with collateral exhibits include the film Juli, directed by Iciar Bollain, long awaited by Cubans and visitors alike telling the story of the well-known dancer Carlos Acosta, a dance legend and first black interpreter to assume some of the most important classic ballet roles, originally designed for white dancers.

Thus, the capital’s movie theaters – especially the ones in the popular 23rd Street circuit – await that restless public, curious and cult that, in spite of technological impact, still enjoys conventional films, yearning the coming of the festival every December to socialize in Havana.