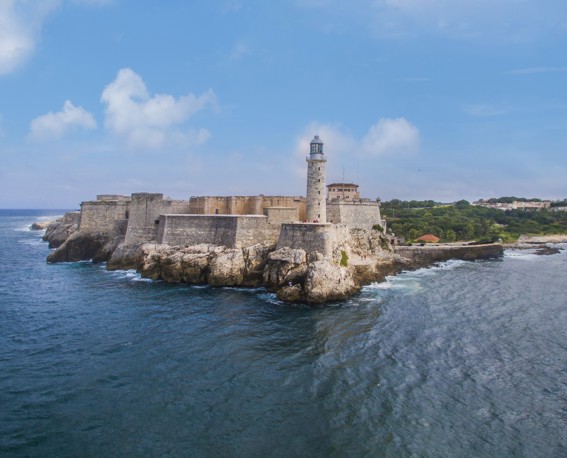 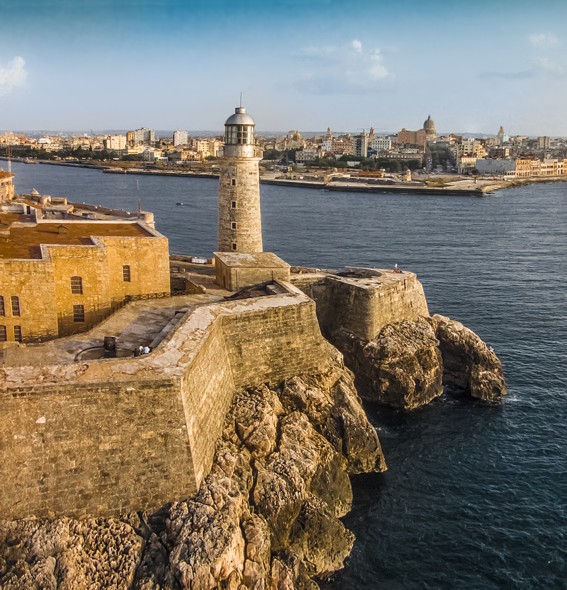 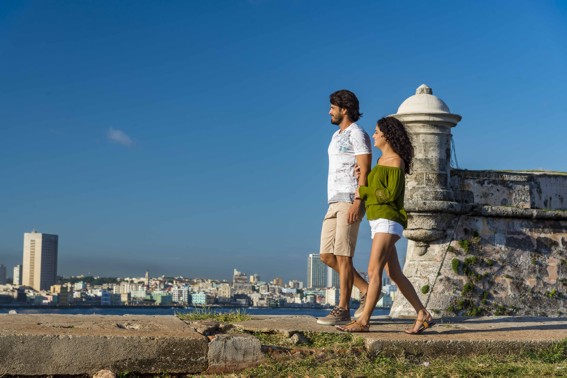 “Fortress and defense of a centennial Havana, her people and seas, crowned up high as queen of her towers by la Giraldilla, a weather vane, woman and loving wife figurine that, as the legend goes scans the horizon night and day awaiting in riding its black waters, the shape of the vessel bringing her beloved back to her.

Such is la Cabaña, a lookout to the sea from which the bay, with its orange colored dawns and sunrises is blissfully admired. If carried away by silence you can almost listen to the jokes, as well as soldiers and seafarers´ songs who navigated its waters, leaving their lives among her stones trying to defend it against those who besieged her, invaders or pirates, breaking her apart time and again, but never bringing her down.

One can barely feel one´s soul intertwined with those other arriving to her coasts and with dreams and expectations marching beyond the seas, to find in this new land a yearned warmth into her arms.

Today, among its walls, cannons remain. Shapes as motionless sculptures, looking into that sea they formerly guarded and which as threat 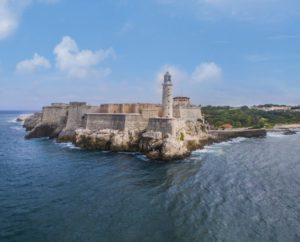 Cannons evoking the battles´ roar wherein they rumbled between the fright and fury of those brave men, willing to engage in battle to defend what they believed sacred: their liberty and that of their fellow citizens. Sweat, moaning and blood-red tears remained trapped among those stones, therein shed permeating that piece of land.

And, as reminiscences of those days, its remembrance rests in the cannon ball ceremony performed at 21:00 h that with its firing, again reminds every night its warning to other people, that it was time to close the city doors to take refuge under the safety of the Havana night….the mysteries of sleep.

Today, in these now times, those la Cabaña streets transform little by little through the Art included in its Fairs, hosted by its walls as wishing to heal so many wounds inflicted in its defense in those days….

And the seven muses of Art meet: music, comedy and rhetoric. They promenade among those old stones and in their eternal play spread the place with its magic  creating vibrations with their eloquence. They go along scattering melodies in the air with their hair blowing in the wind, music of colors, epic poems about lost dreams and beautiful thoughts which lyric art of the elegy, that resembling manna, deposits among old remembrances….letting through bright wakes of the love underlying them, a love that heals and cures all, closing all the wounds of this and former lives…”